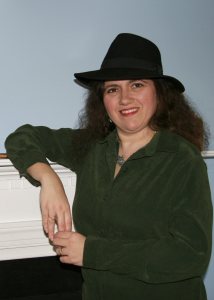 What is Catholic fiction?  This is a question we’ve bounced around in several of my Catholic writer’s groups, and the answer is never quite the same.

I think everyone can agree that just because a book has Catholic “trappings,” it does not have to be a considered a Catholic novel.  Dan Brown’s Da Vinci Code is a good example. For a story to be Catholic, then, it has to at least treat Catholicism positively.

For some writers, any book that supports our Catholic beliefs is Catholic, even if it doesn’t have the “dressings” or a rosary, a cathedral, a Mass…  Michelle Buckman, a best-selling author in the secular, Christian and Catholic fiction markets, considers her works Catholic in this way.  You will find the ideals of pro-life, reverence, and faithful devotion and even the idea of Confession.  However, to be acceptable to secular and Christian publishers, she had to remove the physical expressions of those ideals.  However, her two most recent books, Rachel’s Contrition and Death Panels, are very strongly Catholic.  The wonderful irony is, people feel “safe” enough with her other stories, that they took a chance on Rachel’s Contrition and made it an Amazon Best Seller in women’s fiction.

For my husband, Rob, and me, the definition of Catholic fiction is a little narrower.  We think Catholic fiction must both support and express Catholic beliefs materially.  This is the approach we took with Infinite Space, Infinite God I and II.  You’ll find Catholic characters and situations, the Church as an active entity, and faith as a force for good.  If you took the Catholic elements out, you would lose a vital part of the stories. 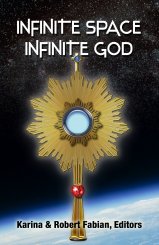 One thing we think is NOT a requirement is that the story preach Catholic beliefs.  This is a stickler for Rob and me, because we get very annoyed at stories that are more about the message than the characters or plot (even when we agree with the message).  In some ways, we think this sets Catholic fiction apart from a lot of Christian fiction–many Christian books are about the message.  This really, however, is more about the purpose of fiction.  Fiction tells a story, and the message or moral should come out naturally in the story.

If you have to lecture (even by having your characters lecture out loud or in thoughts) or you have to make your characters do things that are out of their character in order to put them in a situation that delivers your message, then you’ve sacrificed your fiction to message.  Write an essay, make an addendum, but give us the story and let the message shine through–or not–on its own.

The definition of Catholic fiction is going to vary by publisher, writer and reader.  Personally, I don’t think it should matter overmuch.  Fiction is about the story, and as a writer, I should not be concerned with whether my story is “Catholic” per se.  I should be concerned with telling the best story ever–whether it takes place in the Confessional or in the back booth of a bar.  As a reader, I want to be entertained, and if there’s a message to be found, let it come to me in the poignant moment of the hero’s tale and not in the fancy monologue he makes to the villain.

Those are the stories that not only earn the title “Catholic Fiction,” but also “Fiction to be Read Again.”

Karina’s many sci-fi and fantasy genre books, plus her book on Catholic spirituality, can be purchased at Amazon.com.

For more information about her writing, workshops, and more, click here.