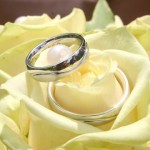 As a result of the Supreme Court’s new ruling, the American legal system now upholds a right to gay marriage, and Christians are bracing for widespread persecution and a whole new slippery-slope regarding human relationships. There is certainly enough recent data coming out of Canada to support these fears, so I’m not quibbling, believe me. But we Catholics and others who support traditional marriage have an important choice to make, right now.

We can indulge our fears of persecution and become angry, histrionic people, or we can be smart about this; we can seek instead to grow in holiness and live lives of radiant virtue. We can respond with wisdom, by living the way we are meant to live: with strong, Christ-centered marriages, families, and parishes; with the emphasis on virtue and sacrifice; with love and compassion for those who–for their own reasons–choose to describe us as enemies of equality and human dignity. Or, we can waste precious time and energy hyper-focusing on a crumbling culture that can offer us no solutions, while we become bitter people with nothing positive and uplifting to offer the world.

I don’t mean that we shouldn’t speak up; we absolutely should. And we will suffer for doing so. But God honors our acceptance of the cross and will bless our efforts, so this is not necessarily bad news. Instead of getting down about this new challenge to our values, let’s emphasize our common human dignity, rather than the issues that divide us. Our culture needs our example and our love of Jesus Christ, and I believe that many souls will eventually be persuaded, one way or another, by our witness, more than our arguments.

In 2005, the Canadian government approved gay marriage and soon afterward began an aggressive persecution of dissenters that continues to this day, including suppression of free speech on this issue. Having lived the persecutions that are undoubtedly heading our way, our neighbors to the north deserve a hearing. A Canadian website called, “Pursuit of Truth,” offers some simple strategies for an effective Catholic response to the new Constitutional amendment and humbly urges us to avoid hostility.

…we can respond to this in a way that will either bolster our Catholic community or work to annihilate it.

To Annihilate:
Hold angry marches and angry political-activism protests, and respond as though the world is coming to an end…If you respond in this way, many of your children (many of whom are already brainwashed in the ways of the world) will want nothing to do with the faith. In fact, this may solidify their opposition to the faith…(read more)

The article wisely calls for a shift of focus, away from divisive rhetoric and toward the cultivation of personal virtue and proactive strategies within the family. The writer warns Americans of some of the hardships that inevitably follow this particular legal shift and offers some parenting tips:

It will be soon illegal to speak in terms of morality, and/or that which might be “right” or “wrong”…Most importantly, be sure to raise your kids with the knowledge that their hearts and minds are being actively pursued by mainstream media. They will not be able to protect themselves from the propaganda unless they are aware that they are being targeted. Help them to understand that their identity is first and foremost within their faith, and model for them rites of passage into adulthood that are anchored in growing in the faith…Above all, this needs to be anchored in virtue, for it is the growth in virtue that diminishes the power of evil.

Virtue in Canada
In Canada, I can attest to you – where the critical mass of the Catholic population has come alive in it’s love for virtue, the movement towards gay marriage (and the brainwashing of our youth) loses all of it’s momentum. Today in Canada, in these areas where virtue is celebrated and desired, we have kids who experience same-sex attractions who are wanting to be servants of Jesus Christ in the way they are called in this time and age, even with the knowledge of the forthcoming suffering, and who are finding their identity within the Catholic faith…

Like most Catholics, I dearly love people in my life who self-identify as “gay” or “lesbian,” and I feel no hostility toward them or their partners, at all. It’s important to note that most Catholics, even those who (like me) support traditional marriage, take a live-and-let-live attitude toward same-sex couples. We’re not out to get them, we don’t want to rob them of whatever happiness they have found in each other, and we’re not trying to torment them with guilt feelings. With the exception of a few fringe religious groups whose attitude is more militant and less accepting, most of us are pretty willing to be kind and compassionate toward other good people, in the face of a huge range of individual value systems and preferences.

My kind, caring nephew asked me what I did want for “gay” people, and I said approximately this:

“I want them to be drawn by their hearts to a profound love for God, so that they are willing to do anything or sacrifice anything to be close to him and in right relationship with him. If that happens, they will be truly happy.”

I know this is true, because several of my friends have experienced this call to be filled up with the love of God and have left the gay lifestyle, after many years of living it to the full. They are deeply joyful men and testify to a happiness they didn’t think was possible. Project COURAGE has been a haven of friendship and support for them, as well as their loved ones. Please pray for these men and women, whose sacrificial love for God is one of the greatest testaments to hope I have ever witnessed.

I’d like to be crystal clear that I believe that living in peace with those who differ with our values does not mean that we should be forced to agree with them and support everything they do, especially when it conflicts with our religious beliefs. With this SCOTUS decision comes open season on our right to disagree, and it concerns me, especially as a mother whose child will face a very different world, extremely hostile to her faith. So we have to ask ourselves the big question:

Will we have the courage to love, no matter what?

(This article is cross-posted from my blog, Water into Wine, at Patheos.com)

see also: When You Wake Up in The Morning, God Will Still Be in Control, by Kathy Schiffer 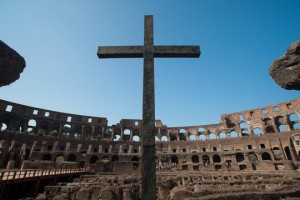