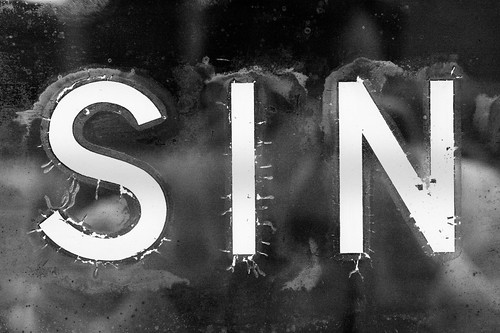 Last week, one of my fifth-graders asked what the seven deadly sins were. Always one to tap into their googling abilities, I tossed the question back at them, promising a candy prize for anyone who came back to class this week with the right answer.

The boy who posed the question came in, not only with the answer, but with a list he had typed himself with the punishments in hell included. His mom told me, with a strange smile on her face, that he had been obsessing about it all week.

Two other students had also looked up the answers and one of them was prepared to explain them. It was obvious these kids had spent some time on this.

Our discussion was intense, colorful, and, I hope, Spirit-filled. Most of the sins were things that the kids weren’t sure about: how is pride both good and a deadly sin? What is lust? And gluttony means being fat, right?

Our topic for the night was “Living as Children of God,” and I had planned to talk about both 1 John 3:1-10 and the Beatitudes, with a discussion of God’s love and how we can be protected from sin. Of course, I didn’t know that when I challenged them to let me know what the seven deadly sins were.

Next week, I’ve challenged my students to bring in the corresponding virtues for each of the seven deadly sins. Looking over the list, I have to admit that there’s something about this whole topic that speaks to me.

So often, I think my sins are tiny little things. Then I look at the confession habits of those holy moderns, Blessed John Paul II and Blessed Mother Teresa, and I realize that my sins are anything but inconsequential.

Looking over the seven deadly sins and the corresponding virtues and then discussing it in an up-front, honest, down-to-earth way with a room full of fifth graders is almost an examination of my own conscience. Considering how often I flirt with these Big Seven Sins is humbling, to say the least, and also a reminder to me of how very much I need the sacraments, especially of Reconciliation.

YOUR TURN: Have you covered the seven deadly sins with your students? How did it go? Have any tips to share?