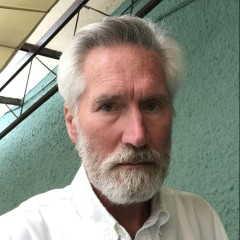 Christian LeBlanc is a revert whose pre-Vatican II childhood was spent in South Louisiana, where he marinated in a Catholic universe and acquired a Catholic imagination. During his middle school years in South Carolina, Christian was catechized under the benevolent dictatorship of Sister Mary Alphonsus, who frequently admonished him using the nickname “Little Pagan.” After four years of teaching Adult Ed and RCIA, he returned to Sr. Alphonsus’ old classroom to teach Catechism himself. This is his 12th year of teaching sixth grade. Married to Janet, the LeBlancs have five children and two grandsons. Christian and Janet belong to St. Mary’s Parish in Greenville, South Carolina.

Read all columns by Christian LeBlanc