I posted this  at my blog in October…didn’t think was very catechetical…but what the heck. 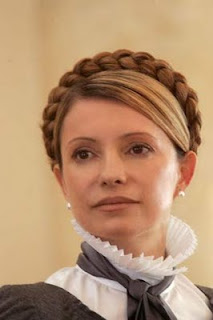 Yulia Tymoshenko/ Юлія Тимошенко, former prime minister of Ukraine/ Украина (see, Cyrillic isn’t so tough) recently co-wrote an interesting opinion piece in the Wall Street Journal. You don’t have to read it.  Actually I was more struck by the article’s title than the content: Letter from a Kiev Jail, which is where Tymoshenko is these days. Of course the title borrows from Martin Luther King’s Letter from a Birmingham Jail, written in 1963. So this got me thinking again about King’s letter, which I read for the first time about 35 years ago.

King and his memorial in Washington, DC are in the news, and I’ve been hearing snatches of King’s “I Have a Dream” speech on the radio, and quotes in print.  “I Have a Dream” is inspiring- no wonder it gets such attention. But I find the Letter to be much more compelling: when I think of King, I think Birmingham, not DC. In fact, the pith of the Dream comes from the Letter.  Part of what makes the Letter better is that, unlike the lovely Dream speech which is a sermon being preached to the choir (which is not a criticism), King wrote his letter to a group of clergymen who did not share his “urgency of now.”1 So it’s direct, thorough, and not very charming; but no less eloquent than the Dream speech.

Letter from a Birmingham Jail takes about 20 minutes to read. If you haven’t read it before, you may be surprised by its sweep and depth, and the people who influenced King’s thinking. Reading it again today reminds me that like the prophets of antiquity, people may still be chosen by God to accomplish a single great and necessary thing.

If you aren’t inclined to read the whole letter right now, that’s ok. Here is a critical paragraph from the middle:

“We have waited for more than 340 years for our constitutional and God-given rights. The nations of Asia and Africa are moving with jetlike speed toward gaining political independence, but we still creep at horse-and-buggy pace toward gaining a cup of coffee at a lunch counter. Perhaps it is easy for those who have never felt the stinging dark of segregation to say, “Wait.” But when you have seen vicious mobs lynch your mothers and fathers at will and drown your sisters and brothers at whim; when you have seen hate-filled policemen curse, kick and even kill your black brothers and sisters; when you see the vast majority of your twenty million Negro brothers smothering in an airtight cage of poverty in the midst of an affluent society; when you suddenly find your tongue twisted and your speech stammering as you seek to explain to your six-year-old daughter why she can’t go to the public amusement park that has just been advertised on television, and see tears welling up in her eyes when she is told that Funtown is closed to colored children, and see ominous clouds of inferiority beginning to form in her little mental sky, and see her beginning to distort her personality by developing an unconscious bitterness toward white people; when you have to concoct an answer for a five-year-old son who is asking: “Daddy, why do white people treat colored people so mean?”; when you take a cross-country drive and find it necessary to sleep night after night in the uncomfortable corners of your automobile because no motel will accept you; when you are humiliated day in and day out by nagging signs reading “white” and “colored”; when your first name becomes “nigger,” your middle name becomes “boy” (however old you are) and your last name becomes “John,” and your wife and mother are never given the respected title “Mrs.”; when you are harried by day and haunted by night by the fact that you are a Negro, living constantly at tiptoe stance, never quite knowing what to expect next, and are plagued with inner fears and outer resentments; when you go forever fighting a degenerating sense of “nobodiness” then you will understand why we find it difficult to wait. There comes a time when the cup of endurance runs over, and men are no longer willing to be plunged into the abyss of despair. I hope, sirs, you can understand our legitimate and unavoidable impatience.”

And here is that same paragraph paraphrased in the Dream speech: 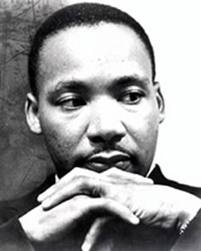 I love “Somewhere over the Rainbow.”  It’s a perfect song, especially with the prologue 3 that didn’t make it into the Wizard of Oz.  In 2001 it was voted the best song of the 20th century, and I agree that it is.  I don’t know if there’s been a similar vote for prose, but I can’t think of any more significant than this letter, written by one of my heroes.

Speaking of heroes, here’s another one.  Even though he isn’t mentioned in King’s Letter or Dream, the influence is there. Here’s a bit from one of his speeches:

“What, to the American slave, is your 4th of July?  I answer: a day that reveals to him, more than all other days in the year, the gross injustice and cruelly to which he is the constant victim.  To him, your celebration is a sham; your boasted liberty, an unholy license; your national greatness, swelling vanity; your sounds of rejoicing are empty and heartless; your denunciations of tyrants, brass-fronted impudence; your shouts of liberty and equality, hollow mockery; your prayers and hymns, your sermons and thanksgivings, with all your religious parade, and solemnity, are, to him, mere bombast, fraud, deception, impiety, and hypocrisy—a thin veil to cover up crimes which would disgrace a nation of savages.  There is not a nation on the earth guilty of practices, more shocking and bloody, than are the people of these United States, at this very hour.  Go where you may, search where you will, roam through all the monarchies and despotisms of the old world, travel through South America, search out every abuse, and when you have found the last, lay your facts by the side of the everyday practices of this nation, and you will say with me, that for revolting barbarity and shameless hypocrisy, America reigns without a rival.”

You may recall how rudely the prophet Jeremiah scolded the Temple personnel 2,600 years ago:

“Will you steal, murder, commit adultery, swear falsely, burn incense to Baal, and go after other gods that you have not known, and then come and stand before me in this house, which is called by my name, and say, ‘We are delivered!’–only to go on doing all these abominations?  Has this house, which is called by my name, become a den of thieves in your eyes?  Behold, I myself have seen it, says the LORD.  Go now to my place that was in Shiloh, where I made my name dwell at first, and see what I did to it for the wickedness of my people Israel.  And now, because you have done all these things, says the LORD, and when I spoke to you persistently you did not listen, and when I called you, you did not answer, therefore I will do to the house which is called by my name, and in which you trust, and to the place which I gave to you and to your fathers, as I did to Shiloh.  And I will cast you out of my sight, as I cast out all your kinsmen, all the offspring of Ephraim.”

You can hear all of Jeremiah’s righteous anger and indignation in Douglass.  I imagine that Douglass was also well aware of Jeremiah even as he spoke on that 4th of July. 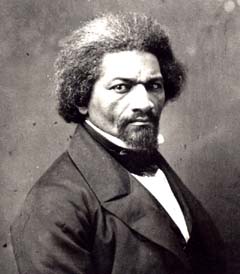 The older I get, the more I’m grateful that these two men dedicated their lives to cleansing my dear country, America, of this great sin.  Thank y’all both.  I know you can hear me.

1. I love King’s phrase “the urgency of now.”  And I like to hear it in two songs by Smashing Pumpkins: Tonight, Tonight; and 1979.

2. It always pays to look at the wider context of any Bible quote; King surely expected his Bible-literate listeners to do so.  That bit is from Amos 5: “I hate, I despise your feasts, and I take no delight in your solemn assemblies.  22 Even though you offer me your burnt offerings and cereal offerings, I will not accept them, and the peace offerings of your fatted beasts I will not look upon.  23 Take away from me the noise of your songs; to the melody of your harps I will not listen.  24 But let justice roll down like waters, and righteousness like an ever-flowing stream.   25 “Did you bring to me sacrifices and offerings the forty years in the wilderness, O house of Israel?  26 You shall take up Sakkuth your king, and Kaiwan your star-god, your images, which you made for yourselves; 27 therefore I will take you into exile beyond Damascus,” says the LORD, whose name is the God of hosts.”

Years later, when Jeremiah laid into the Temple staff, he may have been thinking of Amos a tiny bit.

3. When all the world is a hopeless jumble
And the raindrops tumble all around
Heaven opens a magic lane
When all the clouds darken up the skyway
There’s a rainbow highway to be found
Leading from your window pane
To a place behind the sun
Just a step beyond the rain

Somewhere over the rainbow….