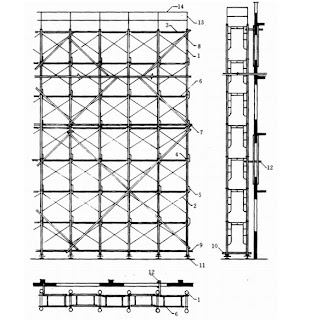 Wednesday was the first Catechism class of the year. When classes ended last spring, as usual I had the pleasant sense of a burden lifted. That first free week always seems like a little vacation. But after a month, I start to miss the stimulation of teaching. Then as September approaches I think of the impending year of catechesis more as a duty than a satisfaction, and grow wistful about summer’s free Wednesdays.

This Wednesday evening the mood was here we go again: same bag of books, props, and notes; same lesson plan (new last year); same classroom; same bisected evening. But then class started and it was the best: better grasp of the content; bright, unspoiled kids; lots of thinking and learning and laughing. Within five minutes I was completely re-motivated.

Going home I thought again about being motivated, and what motivates me in particular.

In July I read the obituary of a friend I had in middle school. He and I both attended our parish school, cut up on the bus together. I still belong to that same parish, and hadn’t seen him in decades (I bump into other fellow former students and their siblings from time to time), so I was naturally curious about how his life had gone. Per the obit, he’d gotten married, had kids and a grandchild, still lived in town. The visitation and funeral were being held at a local non-Catholic church. So even though he’d gone at least through 9th grade in Catholic schools, he fell away from the Church in his adulthood. Of course he didn’t fall away from Christianity, but from Catholicism.  I have no idea why; maybe he married outside of the church. Or like many Bible-Belt former Catholics, maybe he was unable to respond effectively to a Bible-based critique of the faith. By respond I don’t mean argue, but as St. Peter so winsomely put it, “Always be prepared to make a defense* to any one who calls you to account for the hope that is in you, yet do it with gentleness and reverence.” St. Peter not only gets it right on “gentleness and reverence,” but also on “calls you to account.” There are lots of serious Christians here, thank the Lord, and Catholics can expect to be “called to account” (not necessarily in a bad way). I don’t want my kids to be unprepared for that; rather, I want them to anticipate it.  And in particular, I don’t want them to leave the Church because they couldn’t explain their faith to themselves, much less a stranger.  That’s my negative motivation to be a catechist: I’m personally worn out from seeing decades of poorly-catechized Catholics abandon what they really don’t understand.

6th-graders shouldn’t be trained to be little apologists. But in order to hold fast to the faith and evangelize here, Catholics must have a working knowledge of the Bible and Catholicism as an integrated whole.  And the process of acquiring that knowledge can begin when they are young. That’s my positive motivation: to teach the children a cadre, a framework of faith in which both Bible and Catholicism are inseparable.

So this year will be like last year, but better: 25 classes of learning the Catholic faith by going straight through the Bible from Genesis to Revelations, followed by 3 classes on the Mass.