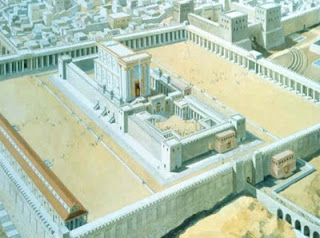 Y’all remind me, we were talking about…Mr. Slingshot…David! Yes. We were discussing his sins, which were? He fooled around with the man’s wife! Yes, Uriah’s wife, Bathsheba. And then? David got him killed! Yes. David broke some commandments, which are…thou shalt not kill! Yes, number 5, and…thou shalt not commit adultery, number 7. Y’all wouldn’t think about that at your age. That’s a body sin, something you do: committing adultery. What’s adultery? It’s having married love with someone you aren’t married to. And David also committed a soul sin, he coveted his neighbor’s wife, commandment number 9. What’s covet? To want something real bad? Yes, something that isn’t yours.

But God forgave David; how was David sure about that? Nathan told him. Yes. But to get forgiveness you have to atone, do penance. David’s sins were very serious and couldn’t be fixed like a broken window. So David and Bathsheba’s penance was that their baby died a few days after he was born. God took their firstborn as atonement.

Tell me some of David’s talents. He could sing and play the harp! Yes. And he also wrote songs called Psalms [on the board]. Psalm is a Greek word for “play a harp, play a lyre” so we know they were meant for singing. By the way, words that start with “Ps” come from Greek. We sing Psalms at Mass: the choir sings one part, then we sing a response. We call them Responsorial Psalms. Anyway, David wrote the 51st Psalm right after his affair with Bathsheba; here’s a bit of that:

“A Psalm of David, when Nathan the prophet came to him, after he had gone in to Bathsheba. 1 Have mercy on me, O God, according to thy steadfast love; according to thy abundant mercy blot out my sins. 2 Wash me thoroughly from my iniquity, and cleanse me from my sin!” The washing bit is what the priest quietly says at Mass when he washes his hands. If you sit up front you can hear him quoting David.

3 For I know my transgressions, and my sin is ever before me.” This is how I feel before I go to confession: my sins hang over me all the time, I want to get rid of them. I imagine David felt the same way.

“7 Purge me with hyssop, and I shall be clean; wash me, and I shall be whiter than snow” What’s purge [on the board] mean? To throw up? Oh, like people who binge and purge so they won’t gain weight. Good guess, but not exactly: purge means to clean something inside out so thoroughly it hurts. So what happens in Purgatory? Huh? What happens in Purgatory? Your sins get cleaned? Yes, perfectly cleaned, purged, after which…you go to heaven? Yes. And David wants to be sprinkled with a hyssop brush as a symbol, an outward sign of God washing, purging his sins.

Then David says, “10 Create in me a clean heart, O God, and put a new and right spirit within me. 12 Restore to me the joy of thy salvation, and uphold me with a willing spirit.” David wants to feel like I do when I get out of confession: brand new.

“16 For thou hast no delight in sacrifice; were I to give a burnt offering, thou wouldst not be pleased. 17 The sacrifice acceptable to God is a broken spirit; a broken and contrite heart” See, David knows killing and burning animals doesn’t mean much to God. What God really wants is for us to sacrifice our pride, to be humble and contrite. What’s contrite? Sorry? Yes, like when we pray an Act of…Contrition! Yes.

Not all of David’s songs are sad. I like Psalm 128 because it’s about family:

“1 Blessed is every one who fears the LORD, who walks in his ways! 2 You shall eat the fruit of the labor of your hands; you shall be happy, and it shall be well with you. 3 Your wife will be like a fruitful vine within your house; your children will be like olive shoots around your table.” This is exactly like my house, when my beautiful wife is at the other end of the table, and my beautiful children are at the sides. They’re beautiful, both boys and girls, and even though the youngest one is 19.

“ 4 Lo, thus shall the man be blessed who fears the LORD. 5 The LORD bless you from Zion! May you see the prosperity of Jerusalem all the days of your life! 6 May you see your children’s children! Peace be upon Israel!” And here again, it’s like my life, when I play with my grandchildren!

Thanksgiving dinner always makes me think of this Psalm. As y’all get older you should pay attention to the Psalms and see if there are some you especially like.

Now being a King, David would sit on a stool in a shack, right? Ha, he had a throne in a palace! Oh. Yes, that’s right. And who would sit beside him? Bathsheba! Ha! Trick question! No! His momma sat next to him; she was called the Queen Mother. What commandment would David be obeying by having his mother be sitting at his right hand? Honor you father and mother? Yes, what number is that? The fourth? Yes, good. Sometimes people would want a favor from David, and would ask his mom to ask David for them. Why is that? ‘Cause his mom is nicer? Maybe…another reason? He has to do what she says? Well, let’s say he would want to honor her wishes. You could still ask David directly for something, but still, if his mom asks too that can’t hurt. This reminds me…someone tell us about the wedding Jesus went to. They were at the wedding and they ran out of wine. Yes, who was there? Jesus and Mary. Yes. And when the wedding party ran out of wine, did they bug Jesus? No they got Mary to do it. Yes, so the same way that people might talk to David’s mom, people would talk to Jesus’ mom that same way, even now by praying to her. And let’s see…is Jesus a King? Yes. Of…heaven? Yes, so in heaven we have God the Father sitting on a throne, and to his right is…Jesus, yes, and to his right is…Mary! Yes, who is…Queen Mother. Yes, good.
So David dwelled in…a palace! Yes, and God dwelled in….a tent! Yes. David felt bad for God: “Now when the king dwelt in his house, and the LORD had given him rest from all his enemies round about, the king said to Nathan the prophet, “See now, I dwell in a house of cedar, but the ark of God dwells in a tent.” David wanted God to have a nice house, too, a temple. But “the LORD came to Nathan, “Go and tell my servant David, ‘Thus says the LORD: When your days are fulfilled and you lie down with your fathers, I will raise up your offspring after you, who shall come forth from your body, and I will establish his kingdom. He shall build a house for my name.” So we see God expects David to have another son. And did God just tell David all this directly? No, he told Nathan. Yes, Nathan was the intermediary, the medium between God and David.

And after their first baby died, David and Bathsheba did have another son who became King after David; who? Solomon! Yes, good. Solomon became King after David died…who sat beside Solomon in the palace? His mom? Named…Bathsheba! Yes. What was Solomon famous for? Being smart? Yes, wisdom; somebody tell the wisdom story. Two women were arguing about a baby. What about the baby? Who it belonged to, they both told Solomon it was their baby. And? Solomon said to cut in half and give each of them a part. Then the real mom said to give it to the other lady instead. What did Solomon do then? Give it to the real mom. Yes, he figured out who the real mother was; she loved the baby more than herself.

Well, as Nathan prophesied, Solomon built God a permanent house, a temple, which was much bigger and more spectacular than that old Meeting Tent. But even so, the plan was still like the Meeting Tent, just bigger and sturdier. Look at this plan. It doesn’t show all the many washbasins, tables, candles and lampstands a big Temple would have because it still works like the Meeting Tent:

See, it’s still the same: people come up to the altar with offerings, Levites receive them, priests wash their hands and offer the sacrifices, incense burns, and in the Holy of Holies where only the High Priest goes, God dwells in his Ark, the tabernacle, the…little house! Yes, which is guarded by…cherubs! Yes. Just like in church. Yes, what? Are there cherubs in church? Excellent question, yes indeed there are, but you have to look carefully to see them. Later on this year we’ll talk about it, but I don’t want to give it away right now.

Israel’s happiest days were when the Temple was new and Solomon was King. Israel was rich, and had beaten all her enemies. But things were never so good again. After Solomon died, his son Rehoboam was a terrible king, and Israel was split into two parts, Israel in the North, and Judea in the South. The people who lived in the South, around Jerusalem, are called Jews. We won’t talk about Israelites anymore. And after the split, both kingdoms were conquered by a series of much bigger enemies, including Persia (which is Iran today), Assyria (Syria), Babylon (Iraq), and Greece. And who was running things when Jesus was alive? Romans! Yes. It was a thousand years from David to Jesus, and almost two thousand more years after Jesus until Israel became independent again after World War 2. And they’re still fighting for the land with Philistines, Palestinians.

During the thousand years leading up to Jesus, God spoke to his Chosen People through a series of prophets, just as he spoke to Saul through…Nathan? No, guess again. Samuel? Yes. And who did Nathan advise? David! Yes. Sometimes the prophets scold the Jews for worshiping false gods and generally ignoring the LORD; other times they say things about the future. They even work miracles. We’ll look at some of them for the next class or two, starting with Elijah.