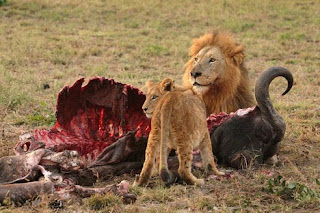 Hey y’all, last week I said a bit about the guy who lived longer than anyone else in the Bible…who was that? Ummatthew? No, not Matthew, but his name does start with an ‘M’…it’s Methuselah. And we’re gonna talk about Methuselah’s grandson tonight…Noah. Yes, what? He built the ark! Yes. Remind me please, was Noah in Eden eating grapes? No he’s in the world. Yes, where there is…sin!  Yes. In fact there is so much sin that Genesis says, “The LORD saw that the wickedness of man was great in the earth, and that every imagination of the thoughts of his heart was only evil continually. And the LORD was sorry that he had made man on the earth, and it grieved him to his heart.” I suppose generations of people were bad all the time unless they were asleep, and then they were dreaming about being bad.

So the LORD said, “I will blot out man whom I have created from the face of the ground, man and beast and creeping things and birds of the air, for I am sorry that I have made them.”  Trick question: could those animals sin? No! Right. Can we? Yes! Because we have what? Free will! Yes. Then doesn’t it seem like God would just wipe out the people who commit the sins, and leave the animals alone? Yes. Tell me, in Eden could a lion eat a lamb? No! How about after Adam & Eve’s sin? Yes! So even though the lamb hadn’t done anything to deserve it, it might get eaten because of…Adam & Eve’s sin!  Yes, which didn’t just mess up the two of them, it messed up...everything!  Yes, all of Creation. So all of Creation, even cute squirrels and chipmunks and babies suffer.

Well, thank goodness that “Noah found favor in the eyes of the LORD” which means Noah wasn’t so bad…he was still a sinner, like me, but Noah had God’s favor. So tell me what happened. God told Noah to make a boat and put the animals in it! Yes, good. And what was the boat called? The Ark! Yes. Ark is an interesting word, well aren’t they all…what’s it mean? Boat! No! That was a trick question, it just means a container. Sometimes in the Bible an ark is a box. But if the ark has to float then…it’s a boat! Yes. And in the Bible arks are sturdy because they protect precious things. Not precious like cute bunnies, but precious in the sense of something very valuable.

And what went in the ark? Two animals of each kind? Yes, like..two male pandas and two female camels? No, one boy and one girl. Why’s that? So they could breed and make more. Right. And Noah’s family got on too. Then what? It rained for 40 days!  Yes…40. How long is Lent? Umm…40 days? How long did the Israelites wander in the desert? 40 days…no, years!  How long did Jesus fast in the desert? 40 days! Yes. In the Bible, the number 40 means “a lot.” It also signifies a time of preparation. So when we have 40 days of Lent what do we prepare for? Easter! Yes. By the way, how many thieves did Ali Baba have? Who? Never mind..he had 40 thieves.

So after 40 days of rain then what? Noah sent a bird out but it came back. Yes. And after 7 days he sent it out again, and…it came back with a branch. Close, an olive leaf. Then after 7 more days he sent the raven out and…it didn’t come back. Because…the land was ok. Yes.

OK. Who can tell me what a contract is? When you sign a paper to make a deal.  Yes, great answer!  But back in Noah’s day, people weren’t literate, they couldn’t read and write.  When they wanted to make a contract, a deal, they had to say it out loud, usually 3 times in front of witnesses.  Even today in some traditional societies, people do this, especially when they get married.  Well, God made a contract with Noah, a particular type of contract we call a covenant.  If I buy a house, it’s a regular contract. It may be twenty pages long, all kinds of details, stuff to sign.  People often have long, picky contracts with people they don’t know, because if they don’t really know each other, it’s hard to trust each other. But a covenant is different, it’s more like a marriage.  Trick question: how many pages long is my marriage contract?  None!  Wow, that’s right!  All we signed was a marriage license, paper about the size of my hand.  And the priest signed it too.  So we didn’t have a contract with conditions like, “I agree to unclog the toilets and clean up the kids’ vomit if you agree to change the code brown diapers and cook spaghetti on Saturdays.”  Kind of a 50/50 deal.  Instead, we essentially said, I give myself to you without worrying about the details because I love you and you love me.  That’s a covenant, not 50/50, but 100/100.  It’s based on love, and it’s personal.

Well, after everyone got out of the Ark, God made a covenant with Noah: “I establish my covenant with you, that never again shall all flesh be cut off by the waters of a flood, and never again shall there be a flood to destroy the earth.”  And, “I set my bow in the cloud, and it shall be a sign of the covenant between me and the earth.”  What’s “a bow in sky”…for God to shoot giant arrows?  Ha, no, it’s a rainbow!  Oh, yeah, you must be right.  I like the rainbow because it shows how God uses Creation, the world he made, to communicate with us, to send us things. Somebody tell me how God worked through Creation to make sure the Wise Men didn’t get lost on the way to Bethlehem.  They followed the North Star!  That would’ve worked if Jesus was an Eskimo; but yes, a particular star did appear that they followed across the desert to Las Vegas…why are you laughing?  It was Bethlehem!   Oh, yes. Bethlehem.

Then God said to Noah, “And God blessed Noah and his sons, and said to them, “Be fruitful and multiply, and fill the earth.”  Have you heard that before?  God said it to Adam & Eve!  Y’all are too smart!  God is starting over with Noah and his family, and this new covenant is like the one he made with Adam & Eve.  Then God says, “The fear of you and the dread of you shall be upon every beast of the earth, and upon every bird of the air, upon everything that creeps on the ground and all the fish of the sea; into your hand they are delivered.  Every moving thing that lives shall be food for you; and as I gave you the green plants, I give you everything.”  Sounds awful doesn’t it? All the animals will be in fear of Noah.  Why?  Because Noah can eat them? Yes, he and his descendants can kill and eat animals now. Why’s that ok now?  Because they haven’t planted any food yet? Well, maybe. Tell me this: why is it that there are any animals at all, that they all didn’t drown? Because Noah put them in the Ark!  Yes, they didn’t do anything themselves, it was all Noah’s work.  So if not for Noah, they’d all be…dead!  Yes.  So the animals owe Noah…what do they owe him?  Their lives?  Yes,  so God is acknowledging that since the animals and all their descendants owe Noah their lives, God won’t forbid people to kill and eat them.  Now just because God no longer forbids eating animals, does that mean he approves of it?  No. Right.  God didn’t say, “Eat a bunch of chickens, Noah and I’ll bless you.”  But sin has made the world a hard, fearful place, and God doesn’t blame us for that.

¿Quién aquí habla Español?  Who speaks Spanish?  Me!  OK m’ija, digame, cómo se llama “carne” en Inglés? Meat!  Yes, C-A-R-N-E means meat, flesh. How about ‘voracious,’ do y’all know that word?  No…no…no.  No worries, sometimes 6th graders surprise me.  How about ‘devour’?  To eat real fast? Yes, like an wild animal.  If we put the Latin roots of carne and devour together we get carnivorous; anyone know that word?  Yes, it means to eat meat!  Yes, ever since Noah we’ve been carnivores, like lions.  So animals are afraid of us, even the carnivorous ones.

Tell me about the 40 days before Easter. Lent?  Yes, Lent.  Sometimes during Lent we don’t eat something…meat!  Right.  Is it better to be in Eden or in the world of sin? Eden!  Yes, where nobody could kill or eat animals; and so they weren’t afraid of people.  Well, during Lent, the Church encourages us to think about living as though we were in Eden, at least as far as animals are concerned.  I like eating meat, but I admit that if I have a hamburger, someone kills a cow.  In fact my eldest son has been a vegetarian for years because of this, and he’s perfectly healthy eating veggies.  I admire that, even if I don’t follow his example.

Tell me please, what’s a generation?  Like a father and son?  Yes, from father to son is one generation.  From grandmother to granddaughter is how many? Two!  Yes.  Well, it’s 10 generations from Adam to Noah, and 10 more from Noah to the person we’re going to learn about next: Abraham.