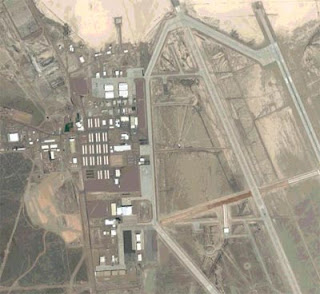 The general attitude in the Postmodern West is that Christianity is ok (well, tolerable) as long as you keep it private and out of the Public Square, as the late Fr. Richard John Neuhaus would say. Stay on the reservation and there won’t be any trouble. One way for the kids to learn otherwise is by seeing Christian morality presented in secular media such as newspapers and magazines.

Last Wednesday night the subject was the Mass: specifically the first half, the Liturgy of the Word. As part of the discussion of the Psalms, I mentioned King David, and the Psalms I like best, including Psalm 51 (excerpt): “Wash me thoroughly from my iniquity, and cleanse me from my sin. For I know my transgressions, and my sin is ever before me.”

This reflects David’s inescapable burden of guilt due to his affair with Bathsheba, and the wider woe that it caused; as the introduction to the Psalm says, “A Psalm of David, when Nathan the prophet came to him, after he had gone in to Bathsheba.” I spent a couple of minutes on David & Bathsheba to remind the kids that Psalms weren’t written out of thin air, but were reflections on what was going on in David’s life; and we moved on to the Epistles.

Then in Thursday’s newspaper, editorialist Cal Thomas referred to David and Bathsheba in his article about Tiger Woods (https://www.calthomas.com/index.php?news=2842). I saved the paper, and began tonight’s class like this:

“Sons & Daughters, remember last week we were talking about the Psalms…who wrote ’em? David. Yes, King David. I like Psalm 51 about David’s guilt when he says “my sin is before me always” because that’s how I feel until I drag myself into Confession. Tell me, what particular sin was bugging David? He had an affair with Bathsheba. Yes. Who’s the famous golfer who had a bunch of affairs and now the whole world knows about it? Oh Tiger Woods! Yes. There was an article in the paper last Thursday about Tiger (I’ll pull out the newspaper & show the article), and it compares Tiger to King David like so (I paraphrased from the following excerpt):”

“King David understood repentance when he wrote Psalm 51. After committing adultery with Bathsheba and getting her pregnant, David ordered her husband, Uriah the Hittite, home from the battlefield, hoping he would sleep with Bathsheba so David might deny paternity. When Uriah refused for the sake of his troops, David ordered he be placed in the front lines where he was killed. Nathan the Prophet exposed David. King David repents (“against thee and thee only have I sinned” he tells God) and while God forgives him, he still takes the life of David’s son born from the adulterous affair.

It is a startling account many learn in Sunday School, and the lesson is that God does not regard sin lightly, as modern culture does.”

“Class, my point isn’t to beat up on Tiger Woods, but just to show ya, lotsa people out there in the public world outside of church and Wednesday Sunday School speak up for what God says is right and wrong, and you should too.

If anybody wants to have the article, ask me after class.”

(At the top, is that a reservation? Nope, it’s a pic of Area 51 because there are no good images of Psalm 51.)