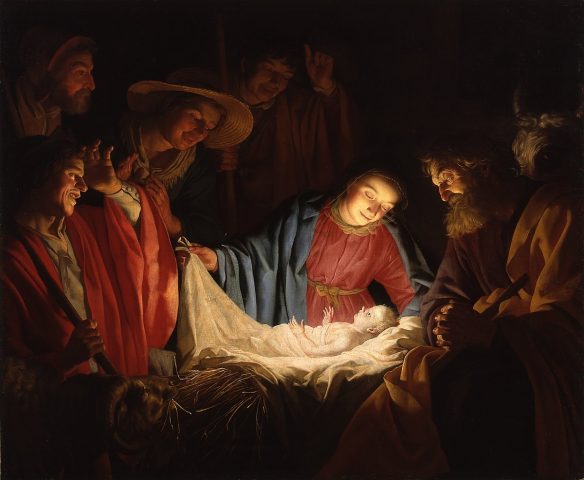 It is deeply touching that the saints live in the certainty of God’s particular, personal, and tender love for each of us. A dear friend shared this prayer, today, and I have it posted in my office.

Behold the dear Infant Jesus, and adore Him fervently. Contemplate His poverty, and humility, in imitation of His most holy Mother and of Saint Joseph. Repose near Him as sweetly as you can, He will not fail to love your heart, void as you find it of tenderness and feeling. Nothing will be wanting to you since you will be in the presence of that holy Infant. Abide there, and learn of  Him how meek and humble He is, how simple and amiable. See how lovingly He has written your name in the depth of His Divine Heart, which beats on that couch of straw from the impassioned zeal it has for our advancement and heaves not one single sigh unto His Father in which you have not a part, nor a single movement of His spirit except for your happiness.        –Saint Francis de Sales

A very blessed and holy Advent and Christmas to you and yours!

In Jesus through Mary,