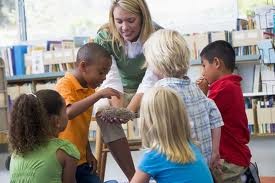 “Amen I say to you, unless you be converted, and become as little children, you shall not enter into the kingdom of heaven.”  ( Matt 8:13)

“And again I say to you: It is easier for a camel to pass through the eye of a needle, than for a rich man to enter into the kingdom of heaven.” ( Matt 19:24)

At first glance, the above two Scriptural quotes from Our Lord may paint a pretty grim picture of our odds for saving our souls, but that perception is only a symptom of our problem, not the reality and truth that Christ always presents.

Therese de Lisieux, The Little Flower, is one of my favorite saints precisely because she was what I will call childishly mature.  This wonderful saint managed to distill sanctity and devotion to God to the most basic level, accessible to everyone–despite our warped, earthly maturity.  Simply put, Therese was the ultimate proponent of what scholars now call a spiritual childhood, or a spirituality immersed in a child-like dimension.

When we think of a child, we imagine a simplicity, spontaneity, transparency, and dependence potentially breeding an innate humility.  A child loves, plays, expresses, and acts openly.  There is no duplicity, insincerity, hypocrisy, pretension, arrogance, or rationalization in a child.  Children do not act to impress or create a desired impression. One can say that a pure, innocent child is honest to a fault and does not spend her time figuring out how to create a given impression. Such children do not play a role to gain something but, rather, innately, play themselves to be themselves. It is only when we “mature” that we often become increasingly cynical, critical, doubtful, mistrustful, hypocritical, and fake.

As often happens, many of the critics of this spiritual childhood are more confused than perceptive. They confuse spiritual childhood with physical, moral, intellectual, or social childhood. St. Therese was not calling us to be small in stature or morally naïve. She never suggested that we had to be intellectual idiots or wallflowers in order to reach Heaven!  In fact, one can argue that anyone who is morally, intellectually and/or socially childish will not only be ineffective in this world but, worse, will more often than not be a victim rather than a role model. We cannot serve God if we can barely serve ourselves, much less others. There is nothing saintly in only doing good to get cookies, believing in fairy tales, or being gullible or not knowing how to speak to others in social circles. Victimized by their own immaturity on various levels and our society’s own warped values, children can often devolve into arrogant, superficial bullies with no sense of morality, responsibility, or fairness. Many adults are merely larger children who never grew up where it mattered.

No, spiritual children are none of these things.  They manage to wrap their moral, intellectual, and social maturity with a child-like spirituality which trusts, expresses, and loves, often exhibiting a sincerity, humility, transparency, and optimism that this world mocks as naïve or stupid.  This is because spiritual children are less children in their dealings with others and more children in their dealings with God.  They manage to be strong and critical among men, yet vulnerable and trusting before God.

The second Scriptural quote above regarding camels and the eye of a needle speaks to those who put all of their eggs in this world’s basket.  By contrast, spiritual children place all of their eggs in God’s basket and trust that all will be well. They do not take this world so seriously as to allow earthly things to disrupt their inner peace.

According to St. Therese, the secret to salvation is being an adult in this world while remaining a child before God.  It is keeping the most important things simple and seeing the importance of doing the most simple things for God.  If we follow the advice of St. Therese, we will be able to answer any accusation of being childish with a heart-felt “Thank you!”