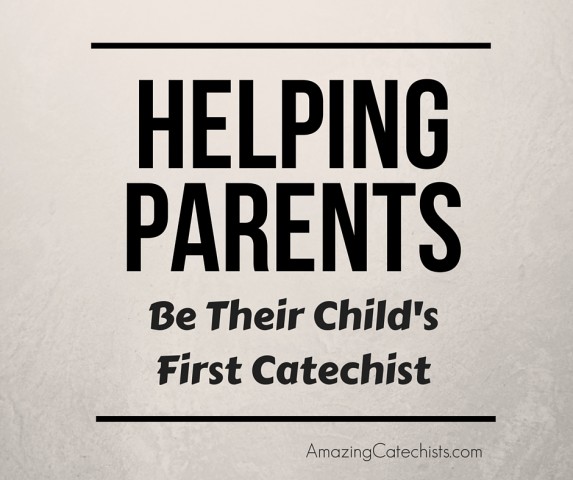 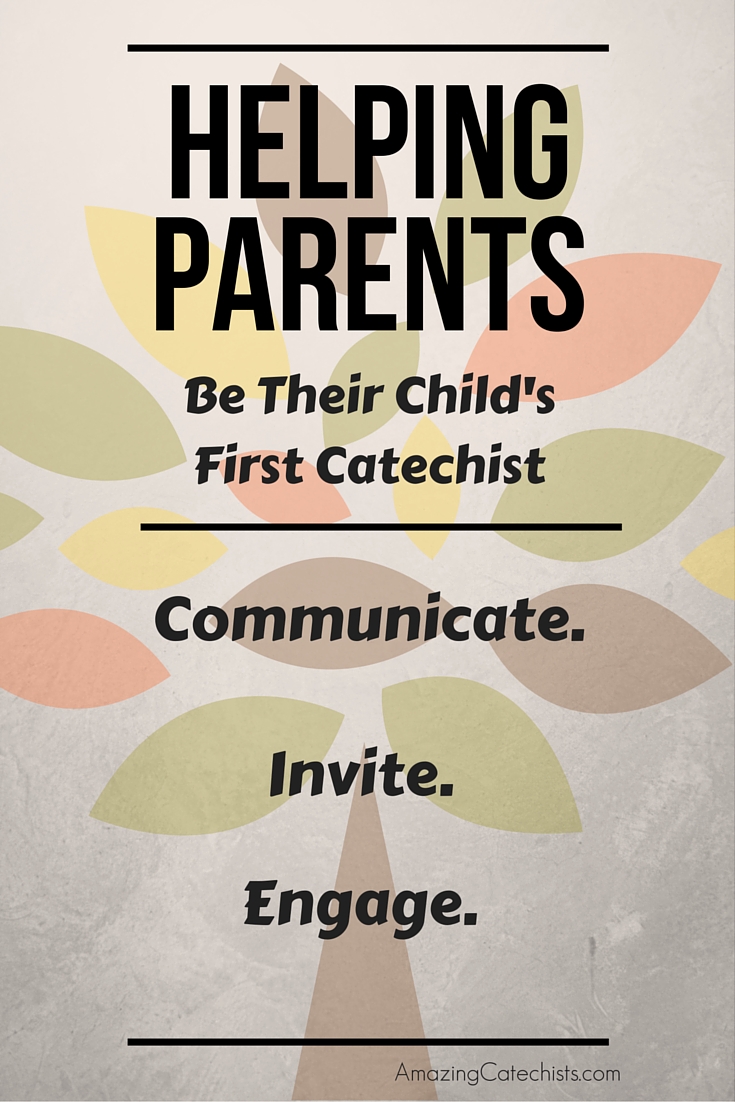 Catechists work hard at teaching the faith to their class each time they meet.  As we all know, often that hour or so is the only time the children/youth hear about the faith.  If we want to engage parents and assist them in passing on the faith, we need to help them.  One way to do this is to send home something with their child to spark a conversation about what was taught in class.

As I thought about this I remembered all the pictures and cards and crafts and bookmarks and other stuff my children brought home when they were little.  One child needed to save it all while the other left it in the car.  Either way, there was lots of paper and stuff all over the place.  So I’d suggest a less is more approach and have it be meaningful.

Here are some ideas that have gotten positive feedback from catechists and parents:

Grades 1-3:  small prayer books,  make copies of prayers and paste into a construction paper book and add to it as you learn new prayers; a picture with a scripture verse from the lesson;

Grades 4-8:  a prayer or scripture verse written on an index card; a two-three sentence summary of the lesson; a challenge to participate in for the week such as praying before dinner or bed

Any grade:  YOUtube video links to music or explanations of the topic covered for the parents; list websites and apps to learn more about the faith; book suggestions for both children and adults

We all know that it takes more than the time spent in class to learn about our faith.  By reaching out to parents and letting them know what you are doing in class, it builds a bridge between family and Church.  Hopefully it sparks conversation and reminds everyone that religion isn’t that thing I do one Sunday mornings, but is a part of life on a regular basis. 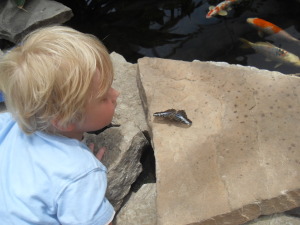 It is such a blessing from God to have children. Sometimes, it is challenging and may seem less of a blessing in a moment that is not so inviting. As I step back from certain situations with my children and evaluate how to approach it the way God wants me to, to meet my child’s needs; I learn something new every time. It often catches me off guard when my three and a half year old responds positively to my discipline after taking a second to ask God for guidance. I have noticed in the past year that teaching my son to cherish life by respecting life around him has been an important part in raising him the way God would want my husband and I to.

I think it is important and crucial to first, before we make any rules in our household, to ask God what he wants for our children, because they are ultimately his children first. God has gifted us with another soul to help guide and protect here on earth.  Then we can start to discipline. When my son started to display some destructive behavior during one of his temper tantrums, I knew I had to stop it right away. I began thinking to myself what would God want me to teach him, to help him stop this behavior. Then I had a discussion with my son about treating his body with respect (except I didn’t say respect, I used the word: “nicely”. I used words that I knew he would understand). I did not only have to talk to him about what treating our bodies nicely versus badly, I had to show him examples of these two behaviors. Ephraim did not understand this concept in one session, but we still work on it anytime he would want to start hitting something or someone. That’s the trick with toddlers, parents have to repeat the consequence until their child begins to understand the behavior is wrong and know how to practice self control. It is definitely hard to practice patience with young children, especially when you have to constantly repeat yourself. This is where prayer plays a key role when raising little ones.

I realized while I was helping Ephraim understand why he was being corrected for hitting or saying mean things to others, I also needed to explain why this was not good. When I started telling him, “God wants us to use our bodies in a nice way and not a mean way,” he started to stop this type of behavior.

I also, came to the realization that I needed to show Ephraim how to show respect to all of God’s creation. In the summer, I would show him how to treat the small insects and animals outside. Instead of killing, stepping on, or pulling at a creature, I would show him how to hold and explore that animal. I know it may seem trivial and going against the “boys’ nature”, but this small experience is a little lesson children can learn on how to treat all of what God has created around us. Children always need to be shown how God would want them to act towards others. I think the biggest mistake we make as parents, is that we assume they know why we tell them to stop a certain behavior. If we do not show them the correct way to behave, they may never learn. If children do not learn how to respect and treat the littlest of things around them with respect, how do we expect them to understand how to respect life itself; especially when it comes to the most vulnerable of God’s creation?

We can help our children learn how to respect life in simple ways, in everyday occurrences. Parents can help their children speak nicely to others, obey their parents, elders, and people in charge of them, offering to help others, using manners, practicing patience, and the list can go on. The most important way to help our children is to pray for them to always do God’s will and pray that you raise your children the way God would want. For He knows your children best, even though we forget that often. He knows them inside and out, just like He knows us.