Our families don’t always take the shape we expect. God’s will for our families can make itself known through challenges like infertility, hyperfertility, and children with special needs. These special challenges can turn into powerful channels of grace, making us more compassionate and loving through adversity.

These graphics on special needs, adoption and more are great for parenting support groups as well as for marriage prep and enrichment. Quotes are from Chapter 9 of The Four Keys to Everlasting Love: How Your Catholic Marriage Can Bring You Joy for  a Lifetime. Feel free to use and share them. And please join the ongoing online discussion of The Four Keys on Facebook. 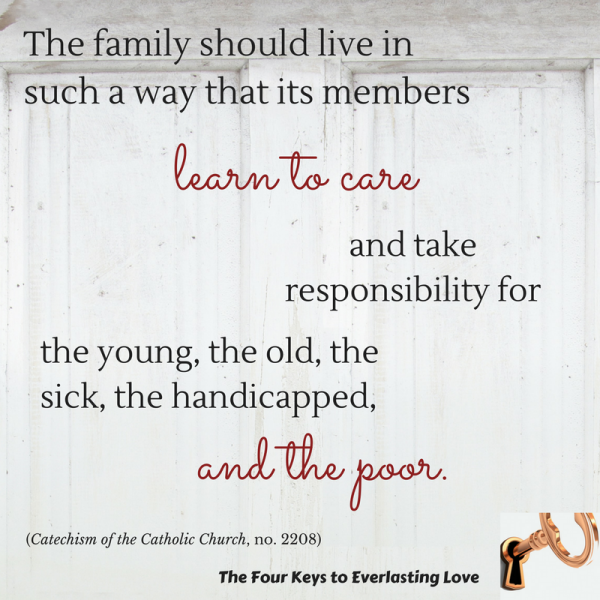 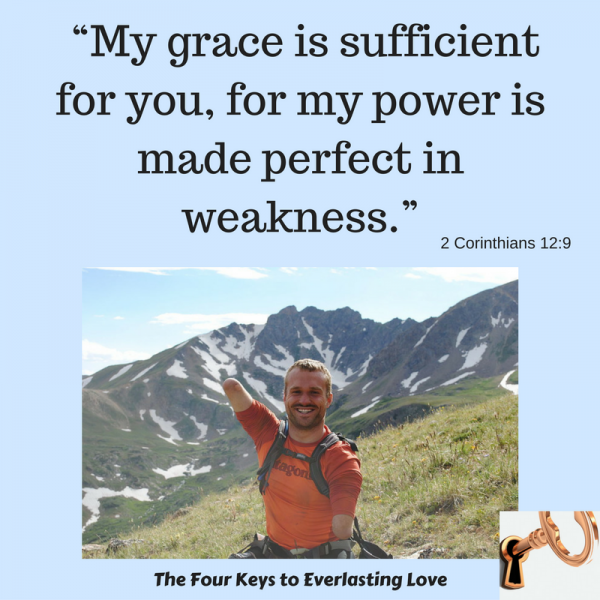 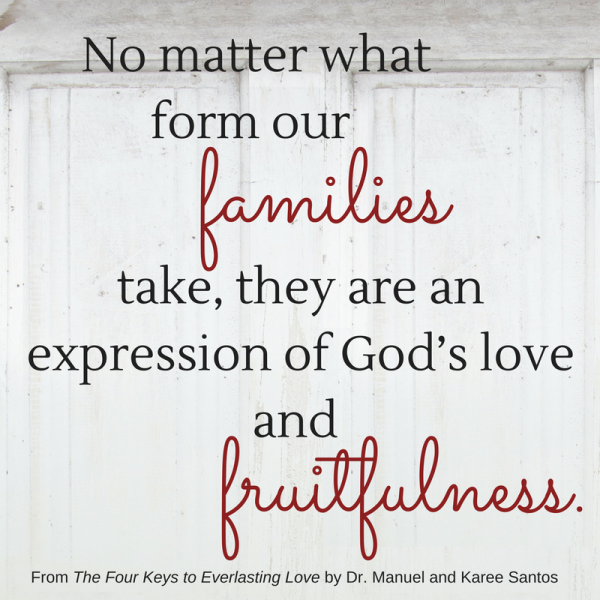 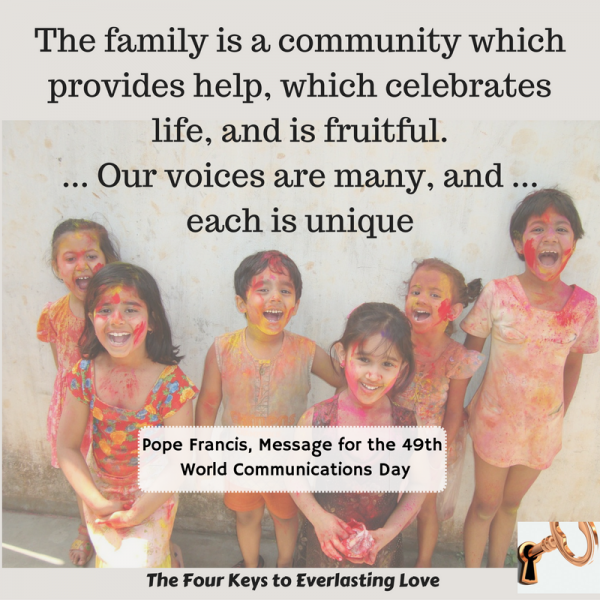 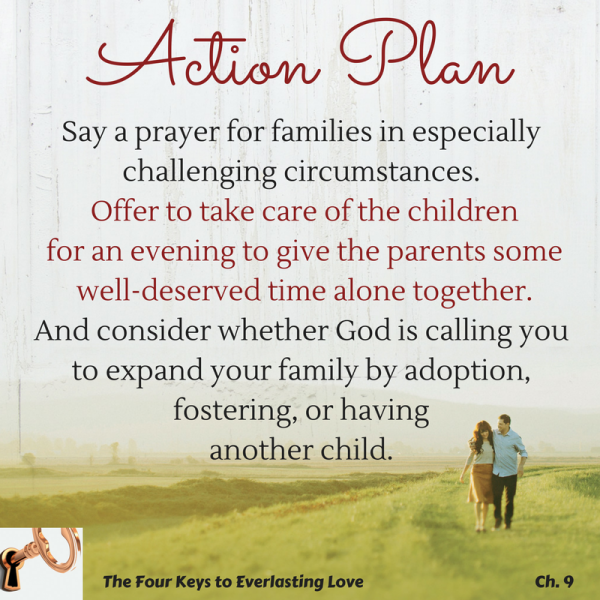 Coping with infertility is challenging, especially in this day and age when new reproductive procedures are making it easier to give birth to a biological child. However, it is important that a couple ensures that whatever assistance they receive be in accord with Catholic Church teaching.

For the past 25 years, in our capacity as NFP teachers, my husband and I have counseled many infertile couples. They often come to us after actively seeking a pregnancy for many months. In some of the cases, teaching them NFP and helping them to determine the most fertile time (as well as giving them ways to increase their fertility) eventually results in a much-desired pregnancy. However, there were some who, despite those tips, did not become pregnant.

Here are some pointers that I have come up with to cope with infertility and to increase the likelihood of pregnancy:

Pray. While this might seem like an unimportant part of the process, it is probably the most essential. Pray for God’s will. Ask others to pray for you. In our own case, when my third son was a year old, I became pregnant with an ectopic pregnancy and nearly hemorrhaged to death. Afterwards, we were told to avoid pregnancy for at least one year (although our doctors strongly advised against ever getting pregnant again). When the year was over, with much thought and prayer, we decided to actively seek another pregnancy. More than a year went by, 17 cycles. No pregnancy. We were praying for God’s will. I really wanted another child, but I was open and began to sell all my baby furniture and clothes. I stopped charting and all of a sudden, I realized that I hadn’t gotten my period when I thought. Because I hadn’t been keeping accurate charts, I bought a pregnancy test and was shocked to discover that it was positive! Never underestimate the power of prayer.

Take accurate basal body temperatures and mucus readings to determine whether the wife is actually ovulating.

Pay attention to nutrition. For more information on this, I highly recommend Marilynn Shannon’s excellent book, Fertility Cycles and Nutrition.

Do not consent to immoral practices for semen analysis. Use moral procedures to enhance the marital act; not replace it. For semen analysis, a couple can use the Sims-Huhner method of semen collection (which involves the couple engaging in normal marital sex and using a condom with a hole to preserve the procreative aspect of the marital act, but still collecting the semen for analysis).

Fertility drugs are acceptable, as long as the couple does not consent to selective abortion if multiples are conceived.

Artificial insemination and in-vitro fertilization are not morally acceptable (see CCC 2376-2377) because they omit the unitive aspect from the marital act.

Consider adoption: At 2379, the Catechism of the Catholic Church states: “The Gospel shows that physical sterility is not an absolute evil. Spouses who still suffer from infertility after exhausting legitimate medical procedures should unite themselves with the Lord’s Cross, the source of all spiritual fecundity. They can give expression to their generosity by adopting abandoned children or performing demanding services for others.”