I have previously written about the importance of restoring the use of recitation within Religious Education Programs, referred to in the catechetical tradition as “Catechism.” With the near disappearance of this essential tool within the contemporary educational systems, both public and private, and current catechetical programs, most of us have not experienced a mentor utilizing the tool of recitation in a skillful manner. For most of us, it sounds like a relic of the past that stirs up a wide array of reactions. It is my hope to offer a few words on how to use recitation well.

Recitation begins with the Amazing Catechist. The catechist must know the content of recitation. If the children are asked to memorize their recitation, they need to see that it is possible by seeing the mastery commanded by their guide and mentor in the catechetical enterprise. The catechist also needs to prioritize the use of recitation so that the children will be given a chance of making it a priority for themselves. Lastly, the catechist must properly plan for the classroom and designate the appropriate amount of time for recitation.

Recitation must become a habit that children come to expect in each class. Recitation is not like a craft, trivia game, or 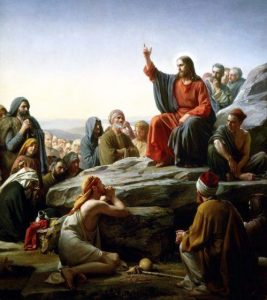 showing a video. These things can be used during some classes but are not typically found in all classes for the given year. Recitation is needed for every class. The habit of recitation creates a sense of universality, a sense that regular use of recitation is normative, and its absence is unnatural to their experience.

Catechetical recitation should have a degree of formal solemnity, or ceremony, within its place in a class. The way the catechist calls students to the beginning of recitation, standing, beginning, the rhythm, handling problems, and concluding should have a feel of joyous ceremony. This will create a healthy environment for enriching their ability to memorize and recite.

Catechist: “Who made the world?”

Class: “God made the world.”

Catechist: “Who is God?”

Each catechist needs to find their own way for introducing the new content. I find that it is helpful to simply have it written on the board when the class arrives. Repeat it several times together. Then begin erasing a word or two while continuing to recite it together. For example, the board may look like the above points and then slowly erase the word “God”, then “made the”, and then finally “world.” Doing the recitation in rapid succession will motivate them to retain the original phrase within their minds while observing the remaining words to be found. I know other catechists that simply put it on the board and do not erase it. Others give it to their children on a sheet of paper.

The more a catechist perfects their artform of teaching and guiding recitation, the easier it will become for the catechist and students. This will allow recitation to move smoothly within a class, allow more time for the subsequent catechetical lesson that often follows, and allow the potential of “catechism”/recitation to be actualized within our classrooms and programs. 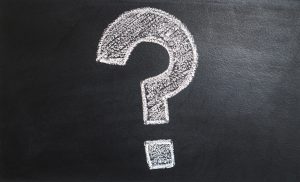 We have all been there. We, the Catechist, ask a question in the classroom. Several eager students raise their hands in a manner that sounds like a miniature version of the clamoring shoppers on Black Friday. These students want to be called upon and share their insight. Stopping the eagerness may, or at least we think it might, discourage them from volunteering their answer in the future.

The Question and Answer approach in the classroom is a favorite of many, wherein the Catechist lectures or writes something upon the board and asks a question to get the classroom to engage in the lesson. This approach can truly become chaotic in the classroom. I have sat in the classroom of many catechists that I mentored, and some have offered me this question: “Did you notice how they got really noisy whenever I asked them a question?” This is a chronic problem for classrooms full of small children. It is only natural for a child who loves truth to desire to share the answer to the Catechist’s question.

Here is a very simple set of ideas for maintaining the focus on the lesson while inviting students to offer answers or ideas:

These simple ideas, especially the first, will maintain order in the classroom and allow Catechists to continue to invite students to offer answers during the catechetical lesson.

Lisa Mladinich has an excerpt from her book up today at Patheos, and it deals with the number-one concern that many beginning teachers and catechists face: classroom discipline. She gives some terrific suggestions and I encourage you to read the column in its entirety. I’m having trouble posting a comment there, so I’m just going to throw out three things to keep in mind when dealing with behavior issues and teenagers.

1. Let them save face. Especially if you’re only seeing them once a week, building relationships with your students is of paramount importance. If at all possible, try to avoid dealing with one child’s behavior in front of the whole class. It puts you in the spotlight when you’re nervous about maintaining order in your class, and it usually means you’re going to alienate that kid in a way that will be very difficult to fix.

Try: moving around the room while you’re talking, slipping the student a note while you’ve got the class at work on another activity, moving the child’s seat – although I think it works best if you don’t do this in the middle of class but wait until next time around and rearrange several kids’ seats.

You don’t want it to appear that you are “out to get” the child who disrupted class. If you need to, pull the student outside while your aide monitors your class – but, to be honest, I haven’t had a lot of success with this when we’re talking about a once-a-week CCD class.  It’s okay to send a kid to the office, and if you think you’re going to need to do so, do it early in the year rather than waiting.

2. A good lesson plan prevents many a discipline problem. Oh, how I hate to be told that, but it’s often true. If you’ve come up with a lesson plan that involves a variety of activities (15 minutes of lecture/notetaking, 20-30 minutes of small group work, a quick quiz or review game, prayer session), you are more likely to maintain the flow of the class without discipline problems.

Try: Write the plan up on the board at the beginning of class so they know what’s coming. It’s okay to say, “hey, guys, hang in there for about five more minutes of me talking, you’re doing great.”

3. It’s (usually) not (just) about you. Look, a lot of times, our kids are worn out when they come to class.  You don’t know what sort of day they’ve had, what issues are going on at home, what someone said to them as they were walking from the car to your classroom. Try not to take it personally.

Try: Ask the child to stick around for a couple of minutes after class. “Hey, I just want to make sure I haven’t said something to upset you, because I feel like we keep having discipline issues and I’m concerned.” Teenagers want to be treated like adults. Now, that doesn’t mean you shouldn’t alert their parents if there are repeated or extreme disciplinary problems going on with that kid, but approaching them in a way that shows you respect their maturity (the maturity that may lie deep, deep down below the surface) can go a long way towards reversing a behavior issue.

Oh, I’m going to add one more. Do. not. stand in the hallway after class complaining about a kid to the teacher who had them last year. It can feel like such a relief to learn that you’re not the only one who had a difficult time getting young Percival to stop scratching his fingers on his slate during your lecture. But…don’t. Take it to prayer, or talk to your DRE and say, “can you tell me some more about what’s going on with Percival? He simply won’t stop calling Eustace a ninny.”

So – what’s worked for you? How do you keep your cool when dealing with misbehavior?

Sure, it’s the New Year’s Resolution time of the year, and I can’t resist a good self-improvement goal. But I’m posting this today because most of us are taking a little halfway-point break from our classrooms over the Christmas holidays, and it’s a great opportunity to regroup and come back fresh next week, or whenever your catechetical duties resume.

Here’s my challenge to you, then: Set one PERSONAL and one PROFESSIONAL goal for yourself as a catechist.

Kick it up a notch by using Jennifer’s Saint’s Name Generator to choose a saint to be your personal mentor for the next year of your vocation as catechist.

PERSONAL: Resume structured prayer time at the beginning and end of the day. It’s the most important thing I can do each day, and yet I let it slip by the wayside – or, worse, see it as just another “good habit” I’m working on, along with exercising more, going through the mail each day, meal planning, etc. Making prayer my personal self-improvement project leads me to look around and evaluate the results – well, what percent more holy am I after these three works of daily Bible readings? How’s that working out?

And so, even as I’m talking about this in terms of a habit – spending time at the beginning and end of the day with my Magnificat magazine and assorted other spiritual reading – I’m not doing so with a specific goal (yell at children 1/3 less often) so much as recommitting to a relationship with Christ.

PROFESSIONAL: Focus on involving my aide in our class sessions in a more meaningful way than just taking attendance and walking around to monitor behavior. I’m going to follow up on this in a later post.

So, reader, how about you? What goals will you set for yourself as a catechist in the year to come?