Dear Brothers and Sisters in Christ,

I will add to this round-up of resources, as new and important videos, articles, and letters come across my desk, so our readers have a central place to look for help in responding to the current and ongoing crisis of predatory behavior in the Church. Please share more links in the comments.

Our Lady’s Prophecies Being Fulfilled? (Aleteia)

(Exclusive) Cardinal Caffarra: “What Sr. Lucia wrote to me is being fulfilled today”

The Truth about Sexual Abuse by Clergy

Here’s a meme floating around on the Internet, quoting my favorite “Venerable” Fulton J. Sheen. I’d love to know the source and give credit! 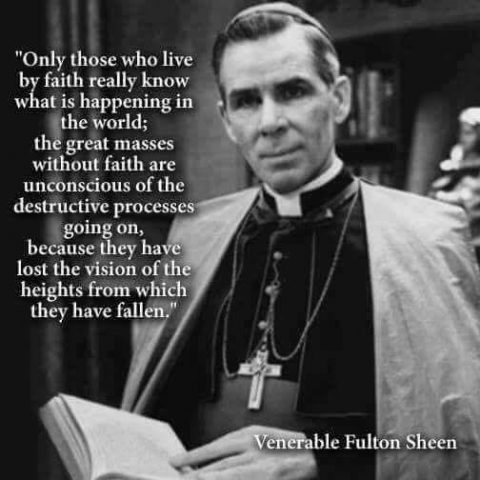 (WARNING: The first section of this article includes a brief, but graphic, description of a sex act)

UPDATE:  The Sermon That Cost a Brave Priest His Job:

The Sermon That Cost A Brave Priest His Job

UPDATE: What is Reparation? And Why is it My Best Response to Evil? (Aleteia)

What is reparation? And why is it my best response to evil?

UPDATE: Long Island Priests Fasting in Reparation for Abuse in the Church (Aleteia)

UPDATE: Dr. Janet Smith on the need to “eradicate” homosexual networks in the Church:

A letter from Catholic women to the Holy Father, which now has over 15,000 signatures (The National Catholic Register reports):

How to Recognize Judas in Your Midst: Fr. John Lankeit, rector of Ss. Simon and Jude Cathedral in Phoenix, delivered this powerful message to his flock, referring to heretical and immoral clerics as “Father Iscariot”:

GREAT homily: History of the Invasion of the Church by Marxists and Predatory Homosexuals, and Our Lady’s Plan: An outstanding and informative homily from Fr. Robert Altier of St. Raphael Parish in Crystal, MN (recently shared at this website):

Articles With Helpful Links and Testimonies:

The above LifeSiteNews article also provides links to the statements of other Catholic leaders, as well:

Bishop Robert C. Morlino’s letter to the people of the Diocese of Madison, Wisconsin. He has been aggressively pursuing this issue in his own diocese for years, so he addresses his flock with clear moral authority:

Bishop Joseph Strickland of Galveston, TX, calls for an investigation of the Church at the highest levels and orders his priests to disseminate Archbishop Vigano’s 11-page letter via their bulletins and social media:

Auxiliary Bishop Robert Barron comments on the scandals, calling them “demonic and diabolical,” and calls for “the Vatican” to appoint qualified lay-people to investigate. (Prayers that the right people at that level are tasked with this important initiative!):
https://www.thetablet.co.uk/texts-speeches-homilies/4/1182/brandon-vogt-interview-of-bishop-robert-barron 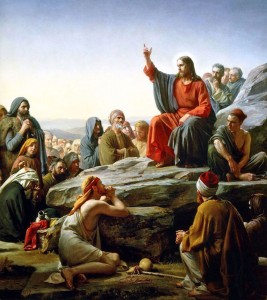