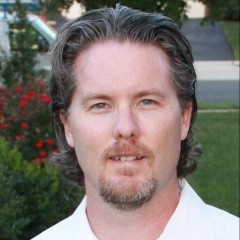 Christopher earned a BA degree in Philosophy and Religious Studies from Chaminade University in Honolulu, Hawaii in 2005 and a MA degree in Theology (AOC: Moral Theology) from St. Mary’s Seminary and University in Baltimore, Maryland in 2010. In June 2007, he was received into the Dominican Order as a member of the Immaculate Conception Chapter of Third Order Dominicans located at the Dominican House of Studies in Washington D.C.

When he is not blogging, Christopher is involved in several ministries in his parish, including: RCIA catechist, adult formation leader, and parish council.  He also conducts workshops on a variety of theological subjects.  Some of Christopherâ€™s favorite research topics include: apologetics, theodicy, just war theory, church/state relations, and public theology.  He also enjoys digital photography, soccer, reading, and playing on his drum set.