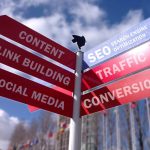 There are a few strong voices in the world of Teen Catholic Social Media. I recently had the privilege of interviewing two of them for an article on Catechist.com, Jimmy Reynolds, @litcatholicmemes on Instagram and Peter Burleigh of @Jesufex (Young Catholics) on Twitter. I wanted to share some of the insights they shared with me.

Why did you start your page?

I wanted to start this page because I wanted to try to be a part of something where I could reach a large number of people and show them the faith. I loved seeing memes on Instagram, and I felt like there weren’t that many new Catholic memes being made, just a few old ones that got passed around a lot. I had a few ideas, so I decided to start a page. Now a year later, the ideas haven’t really stopped.
Jimmy R.

I always wrote down anything I thought to be interesting—perhaps a bit too meticulously. One day I realized that other people would probably want to hear what I’m hearing. After a bit of prayer and discernment (because it would not be a small commitment if there were an audience—I would be responsible if I led people the wrong way) I set up the account late one night. Then, whenever I got a hint of truth about the world or some whisper in prayer I shared it. It was always something basic: asking prayers for a friend, noting that God shows His love through making the sun rise every day, and perhaps a few Bible quotes. Over the years my knowledge of the Church and spirituality increased (a bit faster than I would have liked) and so I found that I never ran out of material to share. I love listening to talks and podcasts and so the small things I can wring out I hope to make a difference in the lives of people who follow me. Over time it has become easier to say more with fewer characters, suggesting bigger ideas with the same limit. Not that I’m a rock star at tweeting, but I go for that; I think it makes a difference when people are forced to stop and think about what I’m saying rather than get a message they’ve already heard. The last thing I want is to tweet platitudes.
Peter B.

What is the Goal of your page in terms of evangelization and catechesis?

They [other teens] don’t consider investing any time in the Church, because that’s not the lifestyle they wanna live. S,o I am hoping that by running my page, I can show people that you can live a life devoted to Christ, and still enjoy life here on earth, as that will ultimately lead you to the fulfillment of life in Heaven.
Jimmy R.

Young people are thirsting for real connection and faith that demands they change their lives. They don’t want a voice online telling them to frequent confession [that] only makes a difference in the world of the Internet. People change their lives more often through what they hear in person rather than what they read online. And this is an unfortunate difficulty because the amount [number] of solid parishes out there are too few. Young people want something more, but they don’t know how to go about finding it; in person is what hits hardest, but online is much easier. I think once we have the understanding that one voice amongst a million others is not going to do it. I think things like YouTube channels and other subscription programs (where a person is more isolated and has to go out of their way to pay attention) are effective; I think well-written blogs are effective, as are songs. If you want to be heard, go to the tower and not the market place. For those who want, my favorite resources are…Ascension Presents (YouTube), @emwilss (Instagram), @FrMatthewLC (Twitter), and definitely “The Crunch” and “Pints With Aquinas” Catholic podcasts.
Peter B.

What else do you want others to know?

I never would have thought I could make this many [memes], and it is truly a testament of God working and inspiring me with so many ideas. As long as He inspires me, I will keep making more. All glory to God.
Jimmy R.

Stick close to the Sacraments. Frequent Mass as often as you can; carpe those graces. Get cleaned up in reconciliation at least once a month. Keep close with the friends who lift you up. Spend time with your family as much as they annoy you. Look at beautiful things. Most importantly, disconnect from the Internet as often as possible so you’re in every moment of your own life. Never take yourself so seriously that you can’t laugh at yourself. The glory of God is man fully alive.
Peter B.