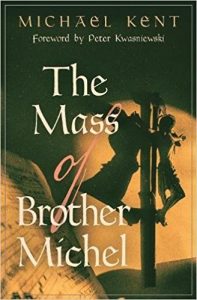 Lisa Mladinich, PCC, believes that living boldly in the love of Christ makes every day an amazing adventure. As a trainer of Catholic coaches, Lisa serves on the faculty of the Professional Christian Coaching Institute. She is thrilled to be a Gallup-Certified Professional Strengths Coach and a professional Life Coach certified by the International Coaching Federation. She is dedicated to helping clients discover and live powerfully into their natural talents, for God’s glory and their lasting joy. She coaches privately with individuals, ministry and business leaders, dating and married couples, and leads mastermind groups for Catholic creatives and those seeking to accelerate their growth through an awareness of natural talent. She recently produced a 12-part internet-TV program called, “Wonderfully Made: Your Talent. God’s Purpose,” which you can enjoy here: shorturl.at/ahITV
Lisa is a veteran speaker and webinar instructor, with courses for teen and tween girls about authentic beauty and femininity, experienced through the liberating lens of the Catholic faith (live or recorded at HomeschoolConnections.com.) She is a best-selling author and host of the Homeschooling Saints Podcast, dedicated to supporting the rapidly growing homeschooling community. Lisa is passionate about marriage, family life, promoting the Sacraments and the Holy Rosary, and teaching on the RCIA team at St. Patrick’s Church in Huntington, NY. Contact: lisa@wonderfullymade139.com.