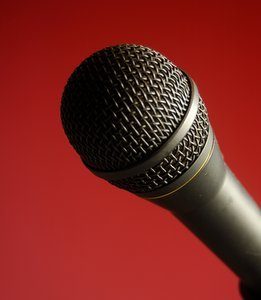 What is Your Script?

As I started the current new year of teaching religious education I made the usual review of incoming students’ past behavior and other issues.  I was warned about one boy in particular who had past behavior issues.  When I spoke with the boy in class, he told me that he ” was always getting into trouble” and that ” That’s just how I am”.  It became clear to me that this boy had somehow developed the self-identity as a problem and that this label was the only one he knew how to embody. I confronted him and rejected that label, telling him in no uncertain terms that he would be one of my best students by the middle of the year, which he has become.  Two other boys are showing similar issues which I hope to resolve in a similar fashion by the end of the year in May.

As I thought about what happened with the first boy in the past 5 months, I realized that Our Lord’s Divine Mercy works in just the same way with us.  As weak, defective human beings who have fallen too many times to count in the past, we can consciously or subconsciously embrace the labels of being hopeless sinners not worth the effort.  Oh, we may play the game of going to confession and trying to be better, but deep inside we may very well have given up on ourselves.  One way or the other, we may see ourselves as some old car that we do not want to get rid of and keep fixing, expecting to eventually throw in the junk heap.

We All Need Repairs and Maintenance

In that context, we may see Our Lord as the ultimate auto mechanic and Divine Mercy as the fundamental service guarantee.  As long as we care enough to keep bringing in our jalopy to confession in a sincere effort to keep it running as God wants it to run, Our Lord will keep helping us out.  We must bring the car in and we must sincerely want to fix it, however.  God will give us roadside assistance at times and by His discretion, but ultimately we have to bring our jalopy in for service.

In a sense, we are all actors as Shakespeare so famously stated.  We choose our roles and our scripts in this life.  We can be the true follower of Christ and follow the script that goes with that.  On the contrary, most of us very often choose what we consider more interesting or juicy roles as villains, troublemakers, pretentiously self-obsessed snobs,  manipulators of people etc.  Sooner or later, however,  those latter roles will only lead us away from God and to the ultimate off-Broadway production of Dante’s Inferno.  Sometimes, we play such roles so much that we can typecast ourselves into oblivion.

Divine Mercy is the way to break that destructive pattern.  It allows us to break the scripts in our lives which prevent us from reaching out yet again to God when we need to.  The devil wants us to give up as Judas did, but we must love and seek God with such sincerity despite our imperfection that we are able to break out of the scripts that bind us.  Armed with this beautiful gift of Divine Mercy, then, we will always be given the opportunity to rewrite our life scripts.