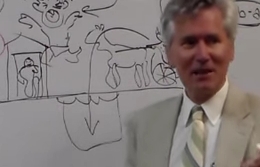 Class 5, Blood & Water, scroll down at the link.