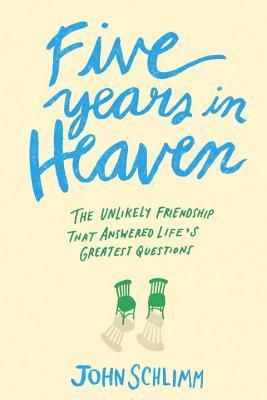 “Five Years in Heaven: The Unlikely Friendship That Answered LIfe’s Greatest Questions” by John Schlimm, is a memoir that recounts a young man’s five-year friendship with an elderly Benedictine nun.

First, I want to say that I thoroughly enjoyed this moving and extremely charming account of a transformative friendship, and I recommend it heartily, with one caveat: This is not a catechism and not intended to be a guide to the Catholic faith. It is a memoir. And because it is a memoir, the reader must understand the personal, subjective nature of the work and offer the narrator a leniency that a serious, catechetical work would not deserve. Again, I thoroughly enjoyed it, and I’ll share some of the beauty of this lovely book, in a moment. But bear with me.

I am a catechist, and one of the most painful realities for me is the lack of understanding that is so prevalent in the world–even among catechists–of the Church’s foundational traditions and teachings. John Schlimm’s memoir, along with its tender beauty, gives us some examples of that lack of understanding. But first, let me tell you why you just might treasure this book anyway.

After abandoning a career in public relations and still suffering from childhood wounds, 31-year-old John Schlimm returned to his home town (St. Marys, Pennsylvania) to try and sort out the next phase of his life. At the suggestion of a friend, Schlimm visited the ceramic shop of the local Benedictine convent and made the acquaintance of a remarkable woman. From their first meeting, the 87-year-old Sister Augustine’s radiant interior beauty attracted the young man’s heart, drawing him quickly into the sanctuary of her friendship and her busy art studio. Along with the techniques of making and molding clay, glazing and firing her exquisite works of ceramic artistry, her deep faith and personal, homespun wisdom eventually turned his heart from discouragement to hope, from fear to joy, and from doubt to faith. That journey is well worth the price of the book.

A talented, intuitive artist with a humble heart, some of Sister Augustine’s most valuable gifts to John Schlimm were her insights:

“Simplicity is something you should definitely not overthink.” (54) “When we clear away the physical clutter around us, we set our spirit free on the inside, as well.” (55)

Later, when the author points out the difficulty of being grateful for unjust treatment, Sister says, “That’s when gratitude counts the most. It’s in those challenging moments when we get a little closer to our true purpose in this life. We need to be thankful for those challenges.” (62)

“Forgiveness is the crucial turning point for so much of what happens to us in this life. People often see it as an end goal. But it’s really a beginning. With it, we move forward. Without it, we are at a standstill.” (76)

“Those people, who forgive under the most extreme circumstances, they are messengers.” (84)

Here’s a favorite insight from the author:

“I realized that while the adage ‘To whom much is given, much is expected’ holds true, even more potent is the understanding that from whom much is taken, much is also expected.” (84)

[Reviewer’s note: the “adage” is actually a scriptural reference: Luke 12:48]

This memoir is valuable, not just for the lessons that John Schlimm learned during his visits to Sister Augustine’s studio, but in the way the story illuminates the mutual give and take of a holy friendship. Sometimes God brings a person into our lives who has something powerful to teach us. It’s one of the ways he shows that he loves us and watches over our souls. This story comes together so fruitfully because the author had the good instincts to keep coming back to the sanctuary he found and the saintly woman who became his most treasured friend.

Now, as a catechist, I would be remiss if I didn’t point out some potential issues.

In Parts Five and Six, Schlimm asks Sister Augustine to opine on the topics of women priests (190) and the study of other religions (220) . Her answers are harmless enough, except they in no way reflect the actual teachings of the Church. The possible issues for the reader are threefold.

First, Sister Augustine’s view–that women are just as good as men and should be able to do anything men do–seems to support the false charges of misogyny so often lobbed at the Church by those who are ignorant of its actual teachings. The Church has always upheld the equal-but-different understanding of feminine dignity and has never attempted to assert the male priesthood on any such offensive grounds. From the earliest beginnings of the Church–and indeed, human history–there have been misogynists and every other type of sinner in our midst. We are all sinners, from the Popes on down to the ordinary person in the pew. We cannot escape this reality in this lifetime. But those sins do not reflect the consistent teachings of the Church, which urge all people to respect and uphold each other’s dignity.  Some great resources–many of them by Dr. Peter Kreeft, one of my heroes– for understanding the traditions and theology behind the male priesthood can be found here and here and here and here. Prepare to be surprised and nourished.

Second, Sister’s statement on the religions of the world essentially boiled down to their being all equally valuable: “Just the terminology and practices are different.” (220) While the Church certainly upholds the respect due to other faiths and even seeks common ground, it is critical that Catholics understand the wealth of their inheritance. Jesus Christ, the God-man, gave us a Church and seven sacraments so that we would not wander endlessly in a sea of alternatives, but be fed and nourished on his Body and Blood, his Word, his Spirit, and the community of the faithful. Those gifts are beyond price and should not be lumped in with other religious practices as being all of the same cloth. The fact that so few Catholics believe in the Real Presence of Jesus Christ in the Eucharist and do not understand the power of Jesus to forgive them and heal them in the sacrament of reconciliation is a tragedy, not a sign of sophistication.

Finally, the author’s sudden injection of controversial material into an otherwise gentle and big-hearted portrait, felt out of step with the rest of the book. The word “agenda” came into my mind, for the first time. I pictured certain friends of mine closing the book for good, without reading further–which would have been a shame, because the book has so much good in it. Remember that this is, first and last, a personal story.

All of that said, I’m quite happy I read this book. It’s an energetic and appealing story, well written. Most importantly, two of its strongest themes are that our lives can have great meaning and purpose at any age, and that we should take the time to listen to each other and encourage each other’s growth throughout our lives. Amen to that. 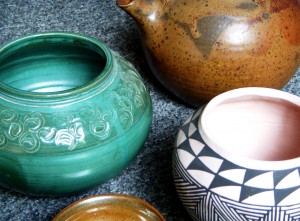 Lisa Mladinich believes that living boldly in the love of Christ makes every day an amazing adventure. She is thrilled to be a Gallup-Certified Professional Strengths Coach and a professional Life Coach certified by the International Coaching Federation. She is dedicated to helping clients discover and live powerfully into their natural talents, for God’s glory and their lasting joy. She coaches privately with individuals, ministry and business leaders, dating and married couples, and leads mastermind groups for Catholic creatives and those seeking to accelerate their growth through an awareness of natural talent. Lisa is a veteran speaker and webinar instructor, with online courses for teen and tween girls about authentic beauty and femininity, experienced through the liberating lens of the Catholic faith. (Find her classes live or recorded at HomeschoolConnections.com.) Lisa is a best-selling author and host of the Homeschooling Saints Podcast, dedicated to supporting the rapidly growing homeschooling community. She is in pre-production planning on two new Catholic media endeavors: an internet-TV program called, “Wonderfully Made: Your Talent. God’s Purpose,” and a new podcast, “Faith Focused Forward,” which she will cohost with Allison Ricciardi and Chantal Howard. Lisa is passionate about marriage, family life, promoting the Sacraments and the Holy Rosary, and teaching on the RCIA team at St. Patrick’s Church in Huntington, NY. Contact: lisa@mladinich.com.