During Advent, we read a lot from the Prophet Isaiah. Therefore, for my own meditation and yours, I offer the following reflection on Isaiah, the man and his message. Each of the issues with which he dealt is still with us to today, even though we live in a far more secular world than he ever could have imagined. Let’s consider key elements of his life, struggle, and message. If you would like to read a shorter mediation and already have a firm grasp on Isaiah’s life and teachings, you can skip down to the section below labeled in red:Lessons from Isaiah.

The Prophet Isaiah was born in 760 BCand is further identified as the son of Amoz (1:1). His name in Hebrew (Yeshayahu) means “Yah[weh] is Salvation.” And he lived this name well, insisting that Judah’s Kings and people trust only in God, make no alliances with foreign nations, and refuse to fear anyone but God.

He lived in the terrible period following the great severing of the northern kingdom of Israel (with its ten tribes) from the southern kingdom of Judah. In the period prior to Isaiah’s birth, the northern kingdom had known almost nothing but godless kings. Idolatry there had begun from the start, when the first king, Jeroboam, erected golden calves (of all things!) in two northern cities and strove to dissuade northern Jews from going south to Jerusalem (in Judah) to worship. Other ugly moments in the north featured King Ahab and the wicked Queen Jezebel, who advanced the worship of the Canaanite fertility god, Baal, and who persecuted Elijah and the few who sought to stay true to the faith of Abraham.

By the time Isaiah began his ministry (742 BC), the division was some 200 years old. Though living in Judah to the south, Isaiah both prophesied doom for the north and warned the kings of the south to rebuke wickedness and fears and to form no foreign alliances against the growing menaces to the north (Israel) and the east (Assyria). He warned of northern destruction here: In a single day the Lord will destroy both the head and the tail … The leaders of Israel are the head, and the lying prophets are the tail (Is 9:14-15). But his own Judah remained the focus of his concern and warnings.

Isaiah’s ministry in Judah and his mission spanned four Kings: Uzziah, Jotham, Ahaz, and Hezekiah. It is likely that he was a cousin of King Uzziah, and this gave him both access and influence. His eloquence and influence also suggest that he had acquired a royal education. Little else is known of him personally.

Though the opening chapters of the Book of Isaiah describe the wickedness of the people of Judah and the need for their repentance and his ministry, Isaiah’s prophetic call seems to have begun in 742 BC, “the year King Uzziah died,” and is described in Chapter 6:

In the year that King Uzziah died I saw the Lord sitting upon a throne, high and lifted up; and his train filled the temple. 2 Above him stood the seraphim; each had six wings: with two he covered his face, and with two he covered his feet, and with two he flew. 3 And one called to another and said: “Holy, holy, holy is the Lord of hosts; the whole earth is full of his glory.” 4 And the foundations of the thresholds shook at the voice of him who called, and the house was filled with smoke. 5 And I said: “Woe is me! For I am lost; for I am a man of unclean lips, and I dwell in the midst of a people of unclean lips; for my eyes have seen the King, the Lord of hosts!” 6 Then flew one of the seraphim to me, having in his hand a burning coal, which he had taken with tongs from the altar. 7 And he touched my mouth, and said: “Behold, this has touched your lips; your guilt is taken away, and your sin forgiven.” 8 And I heard the voice of the Lord saying, “Whom shall I send, and who will go for us?” Then I said, “Here am I! Send me” (Is 6:1–8).

While God accepts his offer, He warns that Isaiah’s message will be resisted. Isaiah asks, sadly,

“How long, O Lord?” And he said: “Until cities lie waste without inhabitant, and houses without men, and the land is utterly desolate, 12 and the Lord removes men far away, and the forsaken places are many in the midst of the land. 13 And though a tenth remain in it, it will be burned (Is 6:11–13).

Sure enough, the first 39 chapters of Isaiah describe a fiercely stubborn resistance to Isaiah’s calls. However, the prophesied destruction of the south would not occur until 587 BC, long into the future, due in part to some limited success Isaiah had in working with King Hezekiah at a critical moment.

The winds of war were blowing. Assyria was expanding and the ominous clouds of its destructive conquest were moving westward. Israel to the north joined in a coalition to fight Assyria and tried to strong-arm Judah to join, threatening invasion and overthrow of King Ahaz if there was no agreement. Let’s just say that Ahaz was anxious, and all of Judah with him—threats to the north, threats to the east, and the Mediterranean to the west. There was no real escape.

God dispatches Isaiah to Ahaz with the following message:

Take heed, be quiet, do not fear, and do not let your heart be faint because of these two smoldering stumps of firebrands … [who have] devised evil against you, saying, 6 “Let us go up against Judah and terrify it, and let us conquer it for ourselves, and set up the son of Tabe-el as king in the midst of it,” 7 thus says the Lord GOD: It shall not stand, and it shall not come to pass (Is 7:4–7).

In other words, trust God. Make no alliances and do not give in to your fears! Stand your ground! God offers Ahaz a sign that a virgin shall conceive and bear a Son, Immanuel (God is with us). But Ahaz cops a false piety attitude about not putting God to the test. Yet it is Ahaz who fails the test. Caving in, he sends tribute to Assyria and offers to become a vassal state.

In the end, this frees Assyria to concentrate on destroying Israel to the north. And while it can be argued that Israel’s wickedness brought her destruction, Ahaz helped seal the fate of fellow Jews in the north by his fearful and self-serving political calculations. The northern kingdom of Israel fell to the Assyrians in 721 BC. The survivors were carried off into exile. Farewell to the Ten Lost Tribes. Only Judah and the Levites in the south remained intact.

Though Judah was spared, the relief from threatening Assyria was to be temporary. Meanwhile, Ahaz’s Son, Hezekiah, became king (ruling from 715-687 BC). Here was a better king, more faithful, more trusting, and thus less fearful. He rid Judah of any elements of Canaanite religious practice and courageously broke free of the alliance with Assyria by 705 BC. He fortified Jerusalem (and his faith) for the backlash that was sure to come from Assyria.

Sure enough, in 701 BC, Assyria came to collect back-due tribute and to assert who was boss. Jerusalem was surrounded with troops, and her fate seemed sealed. But Isaiah summoned Hezekiah and Judah to courage:

33 “Therefore thus says the Lord concerning the king of Assyria: He shall not come into this city, or shoot an arrow here, or come before it with a shield, or cast up a siege mound against it. 34 By the way that he came, by the same he shall return, and he shall not come into this city, says the Lord.35 For I will defend this city to save it, for my own sake and for the sake of my servant David.” 36And the angel of the Lord went forth, and slew a hundred and eighty-five thousand in the camp of the Assyrians; and when men arose early in the morning, behold, these were all dead bodies (Is 37:33–36).

The Assyrian survivors left and returned by the way they came. Their king, Sennacherib returned home and was killed by his own sons.

A fear rebuked brought Judah victory. Now perhaps people would listen to Isaiah and trust God rather than foreign alliances! Well, not so fast. Hezekiah, who had been ill but miraculously recovered, started to get awfully friendly with the Babylonians, then emerging as a power to the east. Faith and trust are surely difficult things, especially for a king.

Since it looked like another alliance was forming with a pagan state, Isaiah warned,

5 “Hear the word of the Lord of hosts: 6 Behold, the days are coming, when all that is in your house, and that which your fathers have stored up till this day, shall be carried to Babylon; nothing shall be left, says the Lord. 7 And some of your own sons, who are born to you, shall be taken away; and they shall be eunuchs in the palace of the king of Babylon.” 8 Then said Hezekiah to Isaiah, “The word of the Lord which you have spoken is good.” For he thought, “There will be peace and security in my days” (Is 39:5–8).

Hezekiah’s selfish response reminds me of an old saying of my father’s: “People disappoint.” Alliances and dalliances with foreign lands and a corresponding lack of trust in God would continue to plague Judah despite miracles against Assyria.

We know little of Isaiah’s final demise. According to an extra-biblical tradition (and hinted at in Hebrews 11:37), he died by being sawed in half by Hezekiah’s unfaithful son Manasseh. Isaiah was dead but, if the tradition is true, Manasseh answered to God.

Saint Isaiah, pray for us! 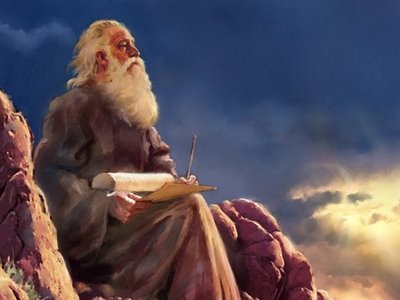 Msgr. Charles Pope is the pastor of Holy Comforter-St. Cyprian, a vibrant parish community in Washington, D.C. A native of Chicago with a bachelor's degree in computer science, his interest in the priesthood stemmed from his experience as a church musician. He attended Mount Saint Mary’s Seminary and was ordained in 1989. A pastor since 2000, he also has led Bible studies in the U.S. Congress and at the White House in past years. Monsignor Pope is often featured in New Advent and Our Sunday Visitor and is the primary author for the Archdiocese of Washington's blog, and we are honored that he will be sharing some of his best blogs on theology, art, music, and culture here at Amazing Catechists.