(Editor’s note: While this is a homily from Holy Thursday mass, it is packed with catechesis on the Eucharist, the priesthood, and the necessity of accepting suffering in order to evangelize and truly live the Christian life. Highly recommended! LM)

Evening Mass of the Lord’s Supper 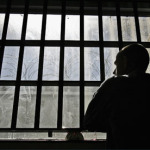 A similar set of facts situates another life for us: born in 1928; ordained a priest in 1953; elevated to the episcopacy in 1967; arrested in 1975 and imprisoned for 13 years in North Vietnamese re-education camps; released from detention in 1988, and, finally, died in 2002. This man is Francis Cardinal Thuan.

As you have just heard, imprisonment figured decisively in the personal history of each man. The confinement meant of course deprivation of every kind – except what matters most in the spiritual life of every priest and his ministry. I am referring to the Holy Eucharist.

In the book With God in Russia (1964), Ciszek writes: “I had a little chalice and paten that one of the prisoners made out of nickel. . . . I would try to have the men get up early in the morning and go to various points around the camp. I’d meet them there, ostensibly by chance, in groups of two or three and, under the guise of a morning greeting, distribute Communion.” In the book Five Loaves and Two Fish (1997), Thuan writes: “At 9:30 PM, the lights were turned off and everyone had to sleep. I curled up on the bed to celebrate Mass, from memory. . . . [T]he prisoners received communion around me. . . . We made small containers from cigarette packages to reserve the Blessed Sacrament. . . . [T]he prisoners took turns for adoration. . . . Many Christians regained the fervor of their faith during those days, and Buddhists and other non-Christians converted.”

In listening carefully to the text, we realize that often is the only condition Jesus established for the Eucharist. He did not prescribe, for instance, in what place or at what time the Eucharist should be offered. Throughout history, these secondary matters of place and time have varied enormously depending on conditions favorable and unfavorable to the Church.

What great risk there was in Ciszek and Thuan offering Mass clandestinely! The fact that each one assumed that risk of harsher treatment and greater suffering is a powerful lesson about the irreplaceability of the Eucharist in our lives.

We celebrate the Eucharist often because, as Saint Paul says, we proclaim the death of the Lord until he comes. (cf. 1 Cor. 11:26) Every Eucharist is thus a foreshadowing of the Lord’s parousia or second coming. But in between the first and second comings of Christ, we continue to have the Lord’s Presence – what we traditionally call His Real Presence. 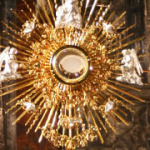 Now this surely explains why Ciszek and Thuan took the risk they did. Even though they could not be physically free, they knew that it was salutary to be in the presence of the One Who makes everyone free of his sins. In His earthly ministry, Jesus healed the blind, the deaf and the lame, and He continues to do this for us now by His sacramental presence. For without the Eucharist, Ciszek and Thuan might very well have given in to the darkness of unbelief, the silence of despair and the crippling state of apathy.

Unbelief, despair, and apathy are present in all the ages of history, and these afflictions are seldom missing in one form or another from individual lives. Faith, hope, and love – the remedies for the aforementioned burdens – come to us through Christ and the Spirit He sends to regenerate us. They come of course when we ourselves are there at the Eucharist to receive these divine favors.

The challenge we all know is that many of our co-religionists are often not with us. The new evangelization bids each one of us then to live the supernatural virtues of faith, hope, and charity as best we can, and thereby invite a curiosity about their origin in the one bread and the one cup we share tonight.

Saint Paul expresses the evangelizing spirit this way: “For the love of Christ impels us,” (2 Cor. 5:14) that is, it thrusts us forward into contact with others. We are led to do this, Saint Paul contends, by a conviction. (cf. 2 Cor. 5:14) Our conviction about the Eucharist is that the Lord is with us Body and Blood, Soul and Divinity, although our eyes see just bread and wine. Conviction is not group think; on the contrary, it is inexorably personal. At the same time, conviction is sustained by good outward example, and when that example accords fully with unseen conviction, it causes others to inquire, How can I believe like that too? As the belief of Fr. Ciszek and Cardinal Thuan might move us to a deeper devotion to the Eucharist, might we in turn be catalysts for others to have a deeper, more profound faith in the Lord Who dwells with us on the altar and in the tabernacle.

In tonight’s gospel, Saint John records Jesus announcing that not all of the apostles are clean. (cf. Jn 13:10) This declaration is prompted by the betrayal of Judas which Jesus discloses explicitly and is recorded a few verses later. (cf. Jn 13:21-30) Concerning being made clean, the Fathers of the Church interpreted this reference as an illusion to Baptism. And tonight I would like to use this baptismal motif as a springboard for commenting briefly on the ministerial priesthood.

The ministerial priesthood is also at the service of the priesthood of the baptized. (cf. Catechism of the Catholic Church, 1547) When we consider the lives of Ciszek and Thuan, it is clear that these two priests served by their suffering. They lived for years at a time what Jesus did for all men when He hung upon the Cross on Good Friday.

It is not in its length but in its ordering to love that suffering is redemptive. Suffering endured out of love affords the priest the opportunity to be more Christ-like, which after all is the preeminent goal of his vocation. And following Christ’s example, the priest chooses to accept suffering because it is, in the words of Blessed John Paul II, “the firmest basis of the definitive good, namely, the good of eternal salvation.” (Salvifici Doloris, 26)

The one who attains eternal salvation is the one who lives a holy life. The priest’s holiness is found partly in his ministerial activities: offering Mass; hearing confessions; anointing the sick and dying; preaching and pastoral administration. But surely it does not end there. Holiness for the priest requires that he be willing to suffer for the truth. And for that, you need not be detained against your will although that was the penalty for speaking truthfully in the case of Saint John the Baptist.

When John told Herod, “It is not lawful for you to have your brother’s wife (Mk 6:18),” he found himself arrested and imprisoned. (cf. Mk 6:17) This outcome is unlikely today for the priest who dares to address moral subjects in the pulpit, but with speech codes and the like, we are moving closer and closer in that direction. It is much more likely that he be accused of upsetting people when he has departed from the social consensus on topics like birth control, homosexuality, and same-sex marriage. Suffering for the truth comes in different forms – sometimes for the priest it takes the form of being cast as out-of-touch with modern ideas and being branded as pastorally inflexible.

The prophetic ministry of the priest is vindicated because it is not his own word he preaches but the word of God. That word will never pass away, but it is going to be resisted. Yet even in the resistance there is a real opportunity for likeness to Christ on the part of the priest. “If the world hates you, realize that it hated me first,” Jesus tells the apostles at the Last Supper. (Jn 15:18) Like Christ in being rejected, the priest finds encouragement and solace in these words spoken by the Lord of the world at the Last Supper: “[T]ake courage, I have conquered the world.” (Jn 16:33) 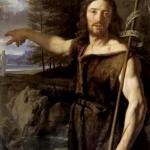 All the while the priest is trying to imitate Christ, he must still have his eyes trained on Saint John the Baptist. A sign of vocational maturity for the priest then is the extent to which he makes his own the words of the Baptist: “He must increase; I must decrease.” (Jn 3:30) And nowhere is this attitude of self-forgetfulness more evident than in tonight’s gospel. For the One Who is increasing there is increasing paradoxically along the path of humility.

In tonight’s gospel, Jesus washes the feet of the apostles. (cf. Jn 13:12) With this gesture, Jesus bids the apostles to wash one another’s feet. (cf. Jn 13:14) It is clear, too, that in this humble action, the apostles have a model which they can use even when the Lord is not with them. (cf. Jn 13:15) With this part of the gospel, I take an opportunity to comment on the service rendered by Catholic lay men and women who strive after holiness also.

In the latter part of the text, we ought to pay attention not only to what Jesus does, but also to what He says. He acknowledges the titles given Him, Master and Teacher, and approves of them. (cf. Jn 13:13) A teacher instructs, and thus his words are as meaningful as his actions. Indeed, there is no gap between word and deed – where one ends, the other begins. There is a veritable seamlessness between speech and conduct.

The unity of word and deed is expressed still another way at the Last Supper. Besides the mandatum or foot washing and besides the titles of Master and Teacher, there are petition and consecration. The petition concerns Jesus’ prayer that God’s love be in the apostles. (cf. Jn 17:26) The consecration is that the apostles be made holy in the truth. (cf. Jn 17:19)

When we bear love and truth through our direct service, these same gifts are received together by the poor, the vulnerable and the marginalized. And through our works of mercy, we address the suffering and pain of the people whom we want to help. At the very same time, our works of mercy contribute to the holiness of servant (ourselves) and served (the people we are trying to help) because they reflect the correct integration of love and truth. But not all forms of assistance preserve this correct integration of love and truth.

The Church’s refusal to cooperate in same-sex adoptions, for instance, is not a violation of anyone’s civil rights. The Church is only saying that she has a right to maintain her Catholicity all the while she helps people. The same holds for the HHS mandates which threaten to force the Church out of the health care and education fields. The Church’s service must be consonant with her nature. Doxology or giving glory to God does not exist where right belief and right practice are unhinged.

Let us resolve tonight to be more committed to the Holy Eucharist, to pray for priests and to practice love in the truth. We have begun to celebrate the Lord’s paschal victory in word and sacrament tonight. Let us prepare to go now with the Lord into the Garden and pray not to be put to the test. (cf. Lk 22:46)