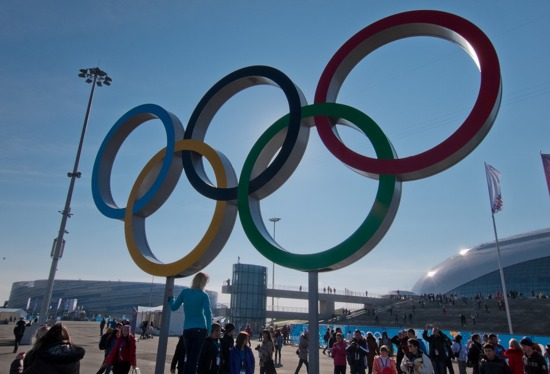 I’m not a big sports fan.

But I love to watch the Olympics.

Even the obscure sports are so much fun. I mean, who normally gets excited about curling?

But even with the more popular sports like figure skating–I don’t normally sit up on a Saturday night wondering who’s going to win the free dance competition.

But come Olympics time, I’m there! And I’m thinking there’s a few of you out there that get Olympic fever too.

So what makes the Olympics so cool?

How the Olympics create curiosity

Part of it is just because it’s the Olympics.

For goodness sake, it’s only on every two years and it’s really huge.

But the thing that really makes it is the stories. The commentators tell background stories about the athletes. Stories of sacrifice and emotion, of journeys back from injury, of rivalries, and titles lost and won.

Context–it sparks curiosity. And this is where we can all learn something about evangelization.

In 1960, ABC had a problem. It had a contract to cover college football games but no viewers.

People loved their local teams, but didn’t care about games on the other side of the country. How do you get LSU fans interested in an Ohio State game?

Roone Arledge had the answer. He proposed providing enough of the missing background information so people would care.

Arledge instinctively used psychologist George Loewenstein’s Information Gap Theory. People are naturally curious. When they see a gap in what they know, they want to fill it.

How do you get people interested in something? Point out a gap in their knowledge. However, when there’s too much of a gap, people won’t make the leap. If it takes too much effort to fill the gap, most people will just drop it.

That was Arledge’s problem. He had an information chasm. So, he decided to give just enough information to make it a gap. Then people were interested.

Arledge set the stage. He showed the local fans, filled in the history of the two teams, talked about the rivalries, and played up the emotions. Viewers were riveted.

Arledge later used the same strategies for ABC’s Wide World of Sports. He got people to care about little known sports and athletes by giving the backstory–just enough so people would care. Then, they wanted to fill in their knowledge gap. They wanted to know who was going to win.

The Olympics coverage does the same thing. They give you the background of the athletes and their history competing against one another. You get glimpses into their lives and emotions–their struggles, failures, and victories.

They set the stage. And once we understand the context, we get hooked.

The Olympics and evangelization

Some things naturally lend themselves to knowledge gaps.

With the Olympics, we wonder who will win. With movies we wonder what will happen. With mystery novels, we have to know, “Who dunnit?” Can this work to evangelize people in the Catholic Faith?

Evangelization is about grabbing attention. Often through emotional appeal. Then once you get them curious, you back it up with the facts.

Too often, we want to lead with the facts. The problem is no one cares. An evangelizing catechist knows the real trick is first convincing people they need what we’re teaching.

We have to set the context so students become interested:

One thing we can learn from the Olympic coverage is sometimes we need to open gaps before we can fill them.

In order to get our students interested in what we’re teaching, we have to first provide a context. Background sets the stage for understanding the relevance and need for our teaching.

Leaving gaps in what we present drives the curiosity to learn more. And, curiosity is the key to interest.

Next time you’re teaching, try setting the context with a story and posing a question that leaves your students hanging. You’ll find them riveted to what you’re saying and begging to know the answer.

Then, when you have their attention, you can deliver the good news of Jesus Christ.

This post originally appeared on my personal blog. Find more stuff there about catechesis, evangelization, and the awesomeness that comes from the intersection of the two.