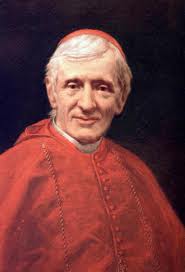 Boys and girls are like soft sponges that absorb all the water around them. They acquire piety and virtue or vice depending on the influence they receive at home, school and church. Children learn and grow in the Faith when they have an environment that fosters piety and virtues in a natural way. Catechists can help parents to create a surrounding which invites this growth and development of children’s Faith.

John Henry Newman (1801-1890) grew up in a home with two other brothers and two sisters. As a child his paternal grandmother, a woman with deep faith and piety, had a particular influence on him. She would read regularly to John Henry from the Bible. He had a good mother, and an upright and hardworking father. Despite this good family environment and that of the boarding school which he attended, when he was a young teenager he read parts of some books from authors that questioned the Christian Faith. In part due to his good upbringing and the religious influence of the schoolmaster, Newman underwent a spiritual conversion. He put aside bad reading and accepted the truths revealed in the Bible and in Church doctrine.

This personal conversion experience and his observation of the moral dissipation of students at Oxford University, where he attended Trinity College, reinforced Newman’s conviction for the need of good doctrinal formation and the exercise of virtue. After graduating from Trinity College, Newman was appointed a Tutor at Oriel College, also at Oxford. He dedicated time to the students under his care, looking after their moral and spiritual lives, not only their academic needs. A few years later he was ordained an Anglican clergyman and, at the nearby village of Littlemore, he established a Sunday school where he carefully looked after the catechism instruction of children, and taught them to sing hymns for the liturgy.

In 1845 while teaching at Oxford, Newman became a Roman Catholic. Two years later, he was ordained a Catholic priest in Rome and was asked by Pope Pius IX to begin the English Oratory of St. Philip Neri. A few years later, at the petition of the Irish Bishops, he established the Catholic University of Ireland. But one of Newman’s least well known achievements was the founding of the Oratory School near Birmingham in 1859.

One of the main reasons for starting this school was to provide good Catholic instruction for students, while offering them the academic opportunities of the then so-called Public Schools (in reality private Protestant boarding schools). At the Oratory School children’s religious formation consisted of a combination of religious instruction, devotions and character formation. In one of his sermons, Newman contended, “Youths need a masculine religion, if it is to carry captive their restless imaginations, and their wild intellects, as well as to touch their susceptible hearts” (Sermon Preached on Various Occasions).

Fr. Newman and Fr. Ambrose St. John, the school principal, supervised the religious instruction, which included lessons and sermons. The Scripture was studied in English, Latin and Greek. The students learnt the catechism and tested each other in pairs in the presence of Newman or St. John.

Two priests of the Oratory were assigned as chaplains to the school. Mass was offered every day in the school chapel, and the priests heard confessions. From his experience as a priest, Newman realized the need for the Sacrament of Confession. He knew that it is not enough for students to have good doctrine; for them to live the virtues they need God’s grace and forgiveness, which comes to them through the Sacraments. A teacher at another private school remarked on how fortunate the students at the Oratory School were. Their frequent reception of the Sacrament of Confession helped them to practice the virtues, and especially chastity, a virtue that can be difficult for boys and young men to live.

Upon becoming Catholic, Newman discovered the healthy effects on the mind and heart of popular devotions, especially when joined to a sound knowledge of religious truths and the exercise of the virtues. Thus, the Oratory school had a Eucharistic procession for the Feast of Corpus Christi, Stations of the Cross during Lent, the Forty Hour’s Adoration of the Blessed Sacrament, and a novena for the feast of St. Philip Neri. There were Marian devotions during the month of May and the prayer of the Holy Rosary was recommended. Newman composed prayers for all of these devotions, including a commentary to the names given to the Virgin Mary in the Litany of Loreto.

These pious devotions nourished a strong love for God and a Christian life. Students were encouraged to exercise the human and moral virtues. They had the example of instructors and tutors as well as that of the Oratorian priests. Newman wanted the students to learn how to use their freedom correctly in a healthy environment of friendship, study and piety. The students also learnt through the normal daily interactions with each other, including sports.

Newman relied greatly on the help of women, then called “matrons,” for the direct supervision and care of the younger children. These caring women, as well as Newman, communicated frequently and directly with the parents concerning the children’s needs and progress. In this manner, parents were kept involved in the education of their children and the school staff was aware of any particular concerns. With this close cooperation between parents and staff the school was like a home away from home.

The future cardinal exerted a great deal of dedication and patience in the work of catechesis and formation of youth. His effort involved a lot of insight and some degree of trial and error, as described by Paul Shrimpton in, A Catholic Eton? Newman’s Oratory School (2005). Foremost, his work was the fruit of a unitary vision of the connection between doctrine, piety and character formation, and awareness of the joint role of teachers, parents and peers.

Cardinal Newman, declared Blessed in 2010, carried out this work with a sense of measure and patience. He was demanding and strict when necessary but preferred to instruct and persuade youth. He wished them to grow in responsibility and become mature Catholics exercising a Christian influence in society. He teaches us by his example and way of thinking to carry out this important work of Christian formation in a similar way.

Rev. Juan R. Vélez is author of Passion for Truth, the Life of John Henry Newman (TAN 2012). He writes on Newman at www.cardinaljohnhenrynewman.com

Fr. Juan R. Vélez is a Catholic priest of the Prelature of Opus Dei, presently working in San Francisco and Berkeley. He was born in Venezuela and raised in Colombia, England and the United States. He holds a doctorate in dogmatic theology from the University of Navarre. Fr. Juan has a medical degree, also from the University of Navarre, and was previously board certified in internal medicine. He is author of Passion for Truth, the Life of John Henry Newman (TAN, 2012) and co-author of Take Five, Meditations with John Henry Newman (Our Sunday Visitor, 2010). He has also published a number of journal articles on theology and on medical ethics. He posts short reflections on Cardinal Newman's writings at: www.cardinaljohnhenrynewman.com