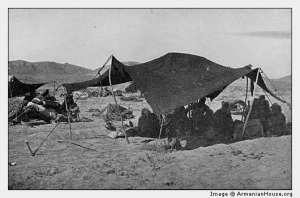 not too shabby
.
About 30 years ago I read the Norman Mailer novel, Tough Guys Don’t Dance. It’s about a son, Tim Madden, who simply will never be as tough a guy as his father Dougy. Tim must be about 40, but still feels he’s a wimpy disappointment to Dougy, now an old man. In one passage (IIRC), Tim recollects a scene from his childhood: Dougy is silently parked in front of the TV, Tim’s mom stands in the doorway to the kitchen. Not complaining, but just making the observation, she says to Dougy, “You never tell me that you love me.” Dougy doesn’t miss a beat or take his eyes off the TV: “I’m here, ain’t I?”

As the story develops we learn that Dougy indeed loves both his wife and his son; but he is in no way affectionate. Too tough I guess.

In catechism class, we learn lots about God’s love, which I find examples of all over the Bible; but less about God’s affection, which is harder to suss out and communicate to the kids. It’s important for all Christians, but especially kids, to understand God’s affection for his children. Like Tim Madden, we think of affection as something physical, and among the Trinity only Jesus has a body. But even having one, Scripture doesn’t show Jesus using it to hug, kiss, tousle hair, or hold babies. The closest we get in the Bible may be Jesus laying his hands on the little kids; but that’s a formal, ritual gesture.

So anyway, in class I elaborate on verses that to me are implicitly affectionate so the kids can get the emotional message. Here are a quick few:

“Zion said, “The LORD has forsaken me, my Lord has forgotten me.” Can a woman forget her sucking child, that she should have no compassion on the son of her womb? Even these may forget, yet I will not forget you. Behold, I have graven you on the palms of my hands…”  (Isaiah 49)

“Are not five sparrows sold for two pennies? And not one of them is forgotten before God.  Why, even the hairs of your head are all numbered. Fear not; you are of more value than many sparrows.” (Luke 12)

“God himself will be with them; he will wipe away every tear from their eyes” (Rev. 21)

I don’t plan ahead for affectionate verses, but I talk them up when they come around during the year. And I keep an eye out for new ones.

Any of you know Mary Renault? She wrote historical fiction about ancient Greece some decades ago, including The King Must Die and The Persian Boy; and also The Mask of Apollo, about Greek theater. In that last book she spelled the English word scene the Greek way, skene:

“That evening we were summoned back to meet the chorus-master, the flute-player and the skene-painter…When we heard who were doing the masks and costumes, painting the skene and training the chorus, and for how much, even the Persian-backed play at Delphi looked like a fit-up…The skeneroom was just a flat-topped shed, with a crazyladder to the god-walk on its roof.”

In Greek, skēnē/σκηνη is not a uniquely theatrical term. It means tent; what the Romans and the King James Bible would also call a tabernacle, or a booth, a plain little shelter. I imagine that itinerant Greek theater troupes would set up a skene, a tent to house their stuff; have one side painted, and would act in front of that painted side.

Speaking of tents, y’all already know that the wandering Israelites lived in them; and that God dwelled among his people in a tent, too. Considering that a tent’s primary function is to provide shade, to overshadow, it’s no surprise that the Greek word skene is a cognate of skia/σκιά/shadow. I like to think of skene in its literal sense of shader, or shadower.

Next Wednesday is the last class of the year, and the last class on the Mass. We’ll cover how the Mass fuses with the heavenly wedding feast of the Lamb. We’ll look again at Revelation 21, especially, “And I heard a great voice out of heaven saying, Behold, the tabernacle of God is with men, and he will dwell with them, and they shall be his people, and God himself shall be with them, and be their God.” This verse will get special attention because it shows not only God’s love, but as it turns out, his affection.

The last few chapters of Revelations tie up every loose end in the Bible: bodies are reunited with souls; the saints are reunited with God; there’s a New Jerusalem in which to live. Of course the New Jerusalem is no mean burg: “The wall was built of jasper, while the city was pure gold, clear as glass. The foundations of the wall of the city were adorned with every jewel; the first was jasper, the second sapphire, the third agate, the fourth emerald, the fifth onyx, the sixth carnelian, the seventh chrysolite, the eighth beryl, the ninth topaz, the tenth chrysoprase, the eleventh jacinth, the twelfth amethyst. And the twelve gates were twelve pearls, each of the gates made of a single pearl, and the street of the city was pure gold, transparent as glass.”

Yet amid this splendid city God doesn’t live in temple, or even a nice house; but a tabernacle, a little house. But can’t a little house be spectacular? Not this one. Look at this bit again, and notice the verb: “the tabernacle of God is with men, and he will dwell with them.” Uh-huh. So?

So, the English word dwell is used in the New Testament to translate an assortment of charming Greek verbs. Most of them are based on οἶκος/ oikos/ house, as in economics and ecology:

οικέω/ oikeo/ to house oneself, to dwell.

κατοικέω/ kat(a)-oikeo/ to thoroughly dwell (you know: kata as in Catholic and catalog); and

συνοικέω/ syn-oikeō/ that’s right, to dwell together (you knew that).

But none of those verbs tell us that God will dwell with his people in the New Jerusalem. This verb does:  σκηνόω/ skēnoō. Not to house oneself; not to dwell per se; but to shade oneself: that is, to set up a skene, to pitch one’s tent. Amid the wonder of the City of Gold, God is happy to pitch his tent among his people as he once did in the desert.

Dwelling with us shows God’s love; pitching his tent among us shows his affection.