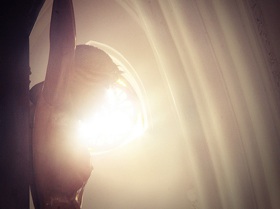 One, because it’s good to know that they’re still active in the Church and haven’t left.

Two, because they’re like my spiritual children. You don’t want your kids to leave the family.

Unfortunately, my first reaction when I see them is usually pride. I think what a great job I did converting them and initiating them into the Faith.

But that’s not completely correct.

The role of the catechist

My second reaction is usually to thank God for working so deeply in their lives.

Now that’s getting closer to the truth (and the right humility). It’s God who does the converting, not me…not us. He gives people faith and the strength to continue practicing year after year. But that doesn’t mean you, as the catechist, have no part in this. Your role is essential.

Catechists dispose people to receive the grace of conversion that God offers. That, when it comes down to it, is your job–to get people in the right frame of mind to receive grace.

The grace doesn’t come from you. The conversion doesn’t either. But you’re setting things up so that, when God moves, that person is open to receive him. It’s all about the encounter.

People encountered Jesus and were changed

When Christ walked the streets of Galilee and Judea, people encountered him and were changed.

Other times he comforted them or preached about God’s kingdom in a way that opened up new possibilities of faith. But always, after meeting him they were never the same.

But usually, those people knew about him before they actually met him. Why? Because word had spread about him. People knew, long before he arrived, that he was a miracle-worker, a healer, a preacher with authority who could illuminate the workings of God.

They were primed to encounter him.

How did they know about Jesus?

Like a shockwave traveling ahead of him, thousands of unknown evangelists spread the word about Jesus to their family and friends. They told stories of who Jesus was and what he was doing.

News spread before him paving the way for those who would seek him out in faith and be changed forever.

It wasn’t the advanced news that changed them. It was meeting him that made the difference. But hearing about Jesus opened them up. Would that miracle or healing or conversion have happened if they didn’t know about Jesus and have faith in his power first?

After hearing they could hope for deliverance from whatever was oppressing them and believe. Then, when they met him, the encounter was life-changing.

Your role–set up the encounter

It’s your job now to spread the word about Jesus and make him known. You’re telling people about who he is and what he can do…opening up new possibilities and new hope for freedom from oppression. And then, you set up a meeting.

Catechists set up encounters with Christ in many ways–reading his words in Scripture, teaching and guiding conversation with him in prayer, and opening hearts to receive him more fully in the Sacraments, particularly Reconciliation and Eucharist.

Without you paving the way, disposing the person to receive these divine gifts, the encounter with Christ would be fruitless. The person wouldn’t know who they’re meeting or why it was important.

With you, the encounter can be nothing less than life-changing.

The role of the catechist/evangelist is to facilitate an encounter with Christ.

Do everything humanly possible to dispose your students to understand him and receive him with open hearts.

Then, remember to get out of the way so he can work.

Can you think of some other ways catechists can help their students encounter Christ? Leave me some great suggestions in the comments.

Also, if you have a friend who struggles with how to share Jesus with their students, send them a link to this article and share it with them.

To find more of me, check out my personal blog. I write about catechesis, evangelization, and the awesomeness that comes from the intersection of the two.