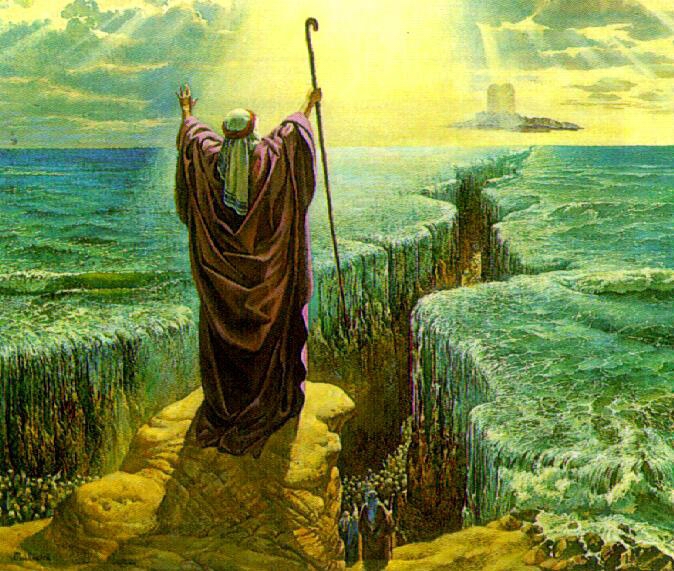 Moses was first to prove himself in the Exodus. With the Egyptians in pursuit, Moses stretched out his hand over the sea and the escaping Israelites were led to safety. The Egyptians, meanwhile, died on the seashore. (cf. Ex 14:26,30) Next he was to vindicate himself at Sinai. There, Moses received and announced the Decalogue from the Lord. (cf. Dt 5:5)

Parting the Red Sea and presenting the Ten Commandments could have been easy next to the challenge for Moses in today’s first reading. In this text from the Book of Exodus, God commands Moses to “[g]o down at once to your people . . . for they have become depraved.” (Ex 32:7) The depravity, the text indicates, stems from the Israelites making a molten calf and worshipping it. (cf. Ex 32:8) False worship and immoral conduct are often found together.

When he is called by the Lord, Moses is tending the flock of his father-in-law Jethro. (cf. Ex 3:1) God takes His servant away from one flock and places him at the head of another one, the flock of His people. At the time, this flock is under cruel Egyptian oppression. The oppression, when it is relieved by the hand of God, does not mean for the Israelites that they are home free, morally speaking. Far from it, in fact. Enslavement at the hands of others is no immunity against making ourselves slaves to sin in the future.

Moses is the divinely appointed leader of a people with hopes and fears; aspirations and misgivings; desires and failings. Moses and others like him are given to peoples who show their leaders affection and respect; kindness and solicitude; decency and honor. Those appointed as leaders are wise to build on these usually generous conferrals from the people they govern. And, not surprisingly, they are disinclined to put these favors at risk by engaging unpopular subjects.

Obviously, then, we cannot overlook the serious charge given to Moses in today’s first reading, that is, to confront the depravity of the people in his care. This really is a consideration for every moral leader of every time, including our own. How does a moral leader address the disorders of the soul present in his people and not place in jeopardy the relationship he has with his congregants?

John Haas is a moral theologian. At a symposium on the priest as a moral teacher and guide in 1990, he observed that there is an “unfounded timidity of many priests to teach the hard doctrines of Christ, whom they represent.”

Think of it for a moment. When was the last time you heard a mention of contraception or homosexuality in the pulpit?

Preaching on moral issues is never easy and for many different reasons, too. But recall that John Haas said timidity is unfounded. It is possible to treat difficult subjects from the pulpit with confidence and even boldness because of the example given to us by Saint John the Baptist. Jesus mentions him in today’s gospel. (cf. Jn 5:33) Jesus refers to him as having testified to the truth. (cf. Jn 5:33) He is a burning and shining lamp, Jesus says. (cf. Jn 5:35) John brings light to the darkness of our lives. (cf. Jn 5:35) 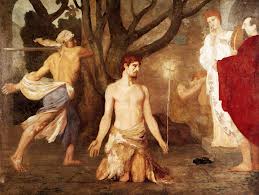 John, we know, paid a high cost for this. After telling Herod that it was not right to take his brother’s wife in marriage, he was thrown in prison and was eventually killed for his witness. (cf. Mk 6:17-29) But John was a free man. And his freedom was real because he abided in the truth. Abiding in the truth may not elicit praise from others (cf. Jn 5:44), but it will bring praise from God as Jesus promises in today’s gospel. (cf. Jn 5:44)

We should not fear the truth, but we can still wonder about the persons involved when we speak about violations of the moral law. Even here, we are not without good example.

In Saint John’s Gospel, the evangelist records how an adulterous woman is brought forward. The Pharisees and scribes then appeal to Moses. “Now in the law, Moses commanded us to stone such women . . . [W]hat do you say?” (cf. Jn 8:3-5) Jesus, the new Moses, admonishes her and sends her on her way, “Go and from now on do not sin any more.” (Jn 8:11)

It seems awfully obvious but nonetheless it must be said. The moral leader detests the sin but loves the sinner. Even with this approach, it will not remove pastoral tension because of the inclination there is to reject not just the admonishment but the one who administers it. The admonishments we make, though, are admonishments in the name of the Lord. The Lord’s name is on all the commandments, including those which may be broken by moral leaders. All who are called to observe the commandments are destined to be judged by the same Lord.

In the Farewell Discourse, at the Last Supper, Jesus prepares the apostles for their mission with these words: “If they persecuted me, they will also persecute you.” (Jn 15:20) This Lenten season commemorates the Lord’s persecution while He was on earth. The Lord also promised in the same Farewell Discourse that He has overcome the world (cf. Jn 16:33). He indeed has. And so will moral leaders who proclaim the Lord’s word in season and out of season. They, too, will overcome the world by the power of the Spirit Who converts the timidity of our hearts into the zeal of saints.