A claim to Kingship. How best to quash it? 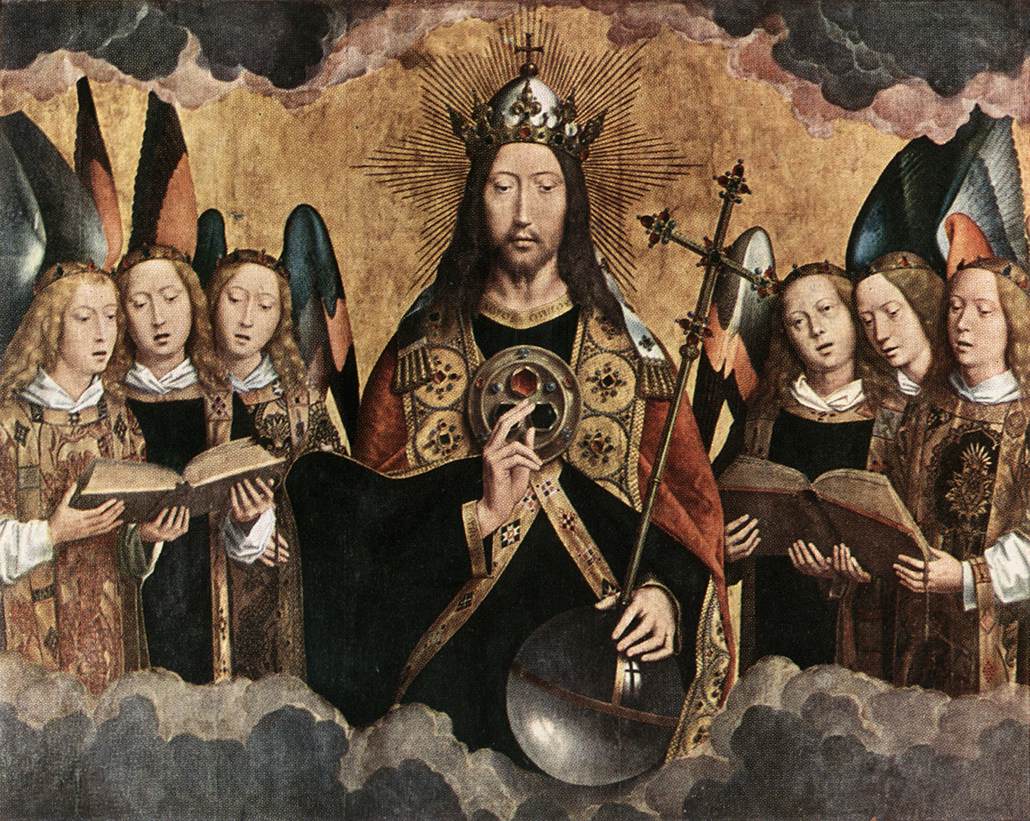 “…and they stripped him, and put on him a scarlet robe. And when they had plaited a crown of thorns, they put it upon his head, and a reed in his right hand: and they bowed the knee before him, and mocked him, saying ‘Hail, King of the Jews!’  And they spit upon him, and took the reed, and smote him on the head…”

Jesus, Son of God, was led to the praetorium and mocked by the very people whose sins he bore, offended and ridiculed by those who genuflect in jest, divesting Him of his dignity as well as his clothes, and giving Him a reed for a sceptre.  Then, the cowardly Pilate presents Him to the baying crowd.

…words that unwittingly echo the ones said by the Father: This is my Son, whom I love; with Him, I am well pleased.

We bristle when someone looks at us the wrong way. We bridle when someone does not give us the honours due to us. The Son of God bore the ignominies for us silently, without complaint. The savage beating was not enough to satiate the cruel nature of the tormentors.

Pilate’s henchmen could have wondered why this Jew – probably the reputation of Jesus as a miracle-worker has reached them too – had been sent to them for judgement by His own people.

Where are this poor man’s cronies? Where are His followers?  Why does he not protest, complain, or explain?

They believed that by demeaning Jesus, they would become greater than He; just as the bullies of today think that by humiliating, embarrassing or ridiculing someone else, they will satisfy their base natures.

Therefore, they dress Him in a robe dyed with Tyrian purple… a mockery of his status as King.

…every tongue should confess that the Lord Jesus Christ is in the glory of God the Father.

And yet, they slap Him and garble words of tribute that are actually insults.

Shall I crucify your King? 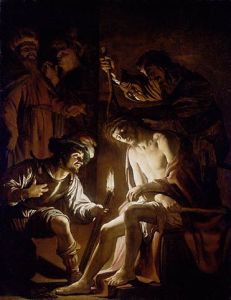 The story repeats itself. It is once again we, the people of Jesus, who seek to scorn him, by breaking the Commandments and cutting-and-pasting which bits of His teachings suit us best.  We are too lazy to bother going to Mass except on Sundays – and even then, some of us assume that it is all right to attend the celebration on a Saturday evening, just so that we can sleep-in before a day of lazy bliss, and not because there is an event that requires our presence, or because we are shift workers.

My kingdom is not of this world.

Pilate asks Him, “Are You a king?”, and Jesus replies that His kingdom is not of this world. The mob screams. Crucify Him! Crucify Him!

Ironically, Pilate proclaims that Jesus is King four times. “…you have a custom that I should release one man to you at the Passover; will you have me release for you the King of the Jews…?”;   “Behold, your King!”; “Shall I crucify your King?”; and finally, in the inscription “The King of the Jews”.

When you mock someone, you are trying to make him feel worthless by undermining his dignity.  Mockery attacks the soul and the mind.  We see this happen again and again at the workplace, in the classroom, in ward, in slavery… and even within the walls of the home, where the members of the households are supposed to be safe from all hurt.

It is definitely not enough to “not mock” others. We must actively nurture them and protect them from being belittled by others.