No sooner had Cardinal Jorge Mario Bergoglio chosen his name in religion, than the mispronunciations of his old one began.

This happened for the simple reason that although (as rumour has it) he had been the first runner-up to Benedict XVI in 2005, he had not been considered a favourite this time around. (Despite the fact that the combination of Argentina and Jesuit brings to mind Liberation Theology which, in “certain circles,” is said to be just the shake-up the church, nay the world, needs.)

Most of us knew about the African Cardinals from Nigeria, Ghana, and the Democratic Republic of Congo – but not about him. (Incidentally, Victor, Miltiades, and Gelasius were the names of three Popes who came from Africa.)

After all, what can you expect from a Jesuit (an order the members of which do not actively seek promotion) who used public transport and cooked his own meals?

A lot, apparently. Moreover, this is first and foremost indicated by his choice of name. He selected the name of “the poor one of Assisi,” as he is known in Italy. Then it gradually dawned on people that as a Jesuit, Francis I could well have been identifying with Francis Xavier, as well.

What is certain is that nobody bet on a ‘new’ name. There have been Franciscan popes – Nicholas IV, Sixtus IV, Sixtus V, and Clement XIV – but as we can see, none of them chose the name of their founder. 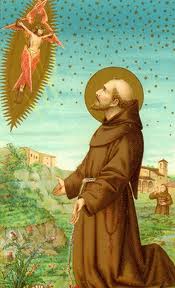 Francis of Assisi, a humble person, was directed by the crucified Christ to “rebuild my Church, which is in ruins”. Will this bring a new aggiornamento?  If, on the other hand, the allusion includes the Jesuit Saint Francis Xavier… we all know he was a missionary, and a prototypical evangelist.

Francis I is the first Latin American Pope. He is also the first Jesuit ever to be elected Pope (one of the charismas of the Order is to actively serve the Pope; never to seek to be him).

Pundits had devoted many column inches to the possible names that could be have been chosen by the new Pontiff.  Each name was accompanied by the baggage endowed it by the predecessors who used it, as well as the meaning of the name itself, and the message it would impart.

For example, Pius XIII would be indicative of a conservative outlook whereas Leo XIV could be a call for social justice.

As a corollary, therefore, a papal name with no precedent would leave people thinking for a while.

Gregory, John, Leo, Paul, Benedict, Pius… all these and more (except Peter) had been put forward as possible choices.

Just for the record, it is said that John III had begun the custom of choosing a new name in 533 because his birth one had been Mercurious (after the god Mercury); it would “never do” for a Catholic Pope to have a pagan name.

Be that as it may, re-naming was already present and important in Biblical times, as when Jacob was re-named Israel. In the New Testament, Saul was re-named Paul and Simon was re-named Peter.