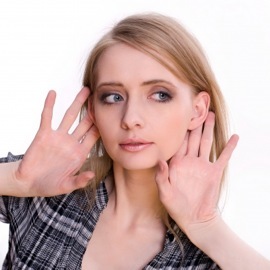 Think about how Jesus dealt with people.

He took the time to listen to them.

He asked them what they desired.

He spoke to their hearts and changed their lives.

Evangelization depends on you knowing what makes your students tick.

You can’t have the same insight into their lives as God, but you can listen to them. When you understand what’s going on inside, you can tailor your catechesis to meet their needs.

Here’s a story where listening made all the difference.

An atheist philosopher and an RCIA director walk into a church…

In my RCIA classes, I try to get to know all the candidates before classes begin. Usually I meet with them to talk about their faith life and religious background.

Once I had a pretty difficult case. We’ll call him Jim.

Jim’s father was a professor of philosophy at a prestigious state university. His specialty was Nietzsche–you know, the atheist existentialist whose most famous line was “God is dead.” That Nietzsche.

And Jim grew up thoroughly formed in this school of thought and adopted it for himself.

Jim was interested in the Church because his wife and kids were Catholic, and he thought he might share that with them. He wanted to learn and he might want to join, but he said there was no way he’d have faith and believe in God.

Of course, that wasn’t an option for me. To be baptized, he needed faith. The line in the sand was drawn.

As we talked, Jim shared his story and his understanding of religion.

He believed that religion was a social construct. It developed in cultures over time as a way to keep people in line. If they believed in some higher power, they’d be happy and controllable.

However, as it turned out, the Holy Spirit had already prepped him for conversion. His wife’s brother was an Army Ranger who had recently done a tour in Afghanistan. When he left, Jim’s wife and her family prayed for the brother’s safe return. Surprisingly, Jim  joined in.

Soon, he began to notice something different. When he prayed, he had peace about the situation. It was comforting. As well, it helped his wife’s family deal with everything. They were strong.

The prayer and the inspiration

While Jim talked, I prayed. I was daunted!

How was I going to get through to him? What would I say? I asked the Holy Spirit for help.

After about 45 minutes, I got an inspiration. I took his idea and sort of inverted it.

I asked Jim to consider if perhaps religion was more than just a construct of society? What if something deep inside us yearns for union with God because that’s how we are made?

I told him about creation, original sin, and the separation from God after the Fall. I explained how the chaos and evil in the world were the effects of this.

I asked him to consider a different viewpoint. Perhaps religion wasn’t imposed from outside but welled up from within. Perhaps people long for relationship with God because they’re supposed to have it, but don’t. They feel something’s missing, so they search for it.

He listened and was intrigued! He joined the RCIA and, of course, I kept hitting the same points many times along the way. But I was only able to do this because I knew what was on his mind.

After a few months, he wanted to join the Church and surprisingly…he believed! When I asked him what did it, he said, “It was like that line from the movie Jerry McGuire…you had me at hello.”

Taking the time at that initial meeting to listen Jim and understand his point of view helped me to know where he was coming from. Then, what I proposed resonated with him and opened him up to consider faith in God.

The rest of my lessons hit home because I knew him and what he was thinking.

The takeaway? Get to know your students as best you can. Ask them about their ideas and how they see the world. Encourage questions and pay attention to what they say.

When you understand what makes your students tick, your catechesis can better meet their needs and help them to meet Jesus.

This post originally appeared on Marc’s personal blog, Evangelizing Catechesis. A former Navy pilot, Marc Cardaronella gave up the fast life for a more rewarding career working for the Church. He writes about catechesis, evangelization, and the awesomeness that comes from the intersection of the two.