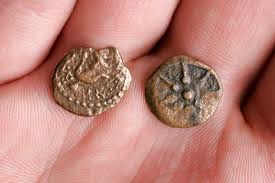 The break at Thanksgiving afforded many of us the chance to get out and see family and friends again and find out what’s been on people’s minds these past few weeks, especially since the last mini-break we had in early October to mark Columbus Day. It seemed that everywhere I went this time, people were still talking about the storm of late October and the clean-up that ensued. Along with the loss of life in some places and the loss of property in a lot of places, in the wake of the storm came a gas emergency with motorists waiting on lines for hours. Since this lasted for two weeks or so, drivers were forced to make some choices they otherwise would not have made. Even if you didn’t take out maps and calculators to measure distance against miles per gallon, you found yourself using your car less because you didn’t want an empty tank when you needed to go to work. You limited yourself to essential trips and that called for calculation.

If you’re like me, this probably crimped your style. I’m used to driving my car at the drop of a hat so to speak, and I suddenly had to plan whether or not I could make it to certain destinations on a half or quarter of a tank. Although it may have crimped my style, the lesson it teaches is a good one: Make a prudent use of what you have and it will take you a long way.

In today’s gospel, Saint Luke offers us a description of an episode in the Lord’s public ministry at nearly the end of his gospel. Jesus has already entered the city of Jerusalem where His ministry will reach its apogee and He will fulfill the mission for which He was sent. Today’s passage begins the twenty-first chapter and it consists of just four verses.

Jesus observes some wealthy people putting their offerings into the treasury. (Lk 21:1) At the same time, He notices a poor widow putting two small coins into the treasury. (Lk 21:2) Not missing an opportunity to teach, Jesus declares that the poor widow has contributed more than all the rest. (Lk 21:3) Obviously, Jesus’ appraisal is not about the monetary value of the respective offerings. He is referring of course to the manner of giving. The poor widow has offered her whole livelihood and has given out of her poverty (Lk 21:4) while the wealthy have given out of their excess. (Lk 21:4)

The end of the year and our recent national holiday provide us with a reflective time, a time to review basic orientations in life. In this spirit, I wish to note two life stances which, broadly speaking, capture how we live our lives. According to the first orientation, we ought to play everything safe. Be cautious and circumspect in all your endeavors. Have a plan, a back-up plan and a back-up to the back-up plan. According to the second orientation, strikingly different from the first one, we should take risks as often as they present themselves to us. Lay claim to your choices even if they be reckless and foolish. Leave no margin for error. Go right up to the edge in all you do. We all know people who play it safe and we all know people who don’t plan. Likewise, we can be characterized one way or the other ourselves.

We have arrived at the end of the liturgical year and we are poised to start a new Church year with Advent being less than a week away. The readings at Mass – on this coming Sunday and during the week we are in now – counsel us to be vigilant and to be watchful. Vigilance and watchfulness are what are needed as we await the Lord whose judgment is just and merciful.

An integral part of our preparation for divine judgment and recompense is the example shown by the poor widow in today’s gospel. She is commended by Jesus because she didn’t hold anything back in her offering to the treasury. Her two small coins represent the totality of the gift that we make to God if not always financially than at least vocationally.

As we come to the end of the liturgical year, it is right that we give consideration to our vocations and check ourselves on whether we have given ourselves fully to the Lord or not. We are, after all, stewards of gifts. And even before we open our wallets to give sacrificially, we must open our hearts to give to the Lord according to the measure He has given to us.

There is a parable at the end of Saint Matthew’s Gospel which makes this point well. In the twenty-fifth chapter of his gospel, the evangelist presents Jesus’ lesson about the ten virgins awaiting the arrival of the bridegroom. (cf. Matt 25:1-13) Five of them were foolish and five were wise. (Matt 25:2) What made five of them wise was the fact that they prudently planned. They were the ones who had sufficient oil for their lamps. (Matt 25:4)

The challenge before us is to plan prudently as the five wise virgins do and, at the same time, give of ourselves unstintingly as the widow does in today’s text. How is it possible to do both at the same time? Saint John Chrysostom, the fourth century Bishop of Constantinople, writes: “It is not a question of giving a little of what you have, but, like the widow, of giving everything you have.”

Planning prudently insures that there is always enough gas in the tank or oil in the flask. The Latin adage – Nemo dat non quod habet – is applicable here. You can’t give what you don’t have.

As our semester draws to a close, we resolve to give of ourselves generously in prayer and study. We can do so only because we have planned wisely up to this point. The Lord made Himself poor on our account so that we can become rich. Rich, that is, in grace. Our two small coins are not just all we have to live on, but all that matters for living unto eternity if we give them to God with an undivided heart.