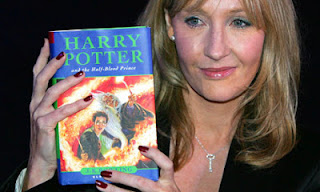 Last week one of the kids asked how old God is. This is one of a batch of related God-questions, including: what created God/ when did God start/ what did God make the universe out of/ how can he know the future if it hasn’t happened yet/ how big is God/ how do we know there’s a God/ how can he know everything, etc. I get asked one or more of them every year, and this is a flexible model for how I answer them:

“Honorary son, that’s a great question: how old is God? The short answer is that God has no age because He created Time just like he created a tree, a camel, or the Sun. How did he create those things? He just thought about them! Yes. Can the Sun burn God or give him a tan? No, that’s silly. Right; stuff God thinks into existence can’t control or limit him; so like the Sun, Time has no effect on God…see? But if he’s been alive for millions of years isn’t he old? [Sometimes this pitch works on 6th-graders, but not this time.] Well, no. But let’s try something else.

Who knows who JK Rowling is? I do, she wrote Harry Potter. Yes. Any of y’all read any Harry Potter books? A couple of you…anyone seen the movies? Everybody, good. Are those characters real? No. Right- but in the books are they real? Yes! No! Try this: do any of the characters realize they are in a book? No! OK. Now those 7 books each cover a year in Harry’s life. Did the author need a year to write each one? What? If the time in a book covers a year in a character’s life, does that mean the author wrote it in a year? No, that’s silly. Why is it silly? Because the person who wrote the book isn’t in the book, they wrote it! Yes. But suppose I wrote a book about a real year of my own life, so I was in the book: would that take me a year to write? No, the time it takes to write it doesn’t have anything to do with how much time is in it!  Right. But how about if you read a book: does the time you spend reading it match the time-span in the book? No they don’t have anything to do with each other either. Yes. How about if the story is in the desert…would you be hot? No! And if it were in a blizzard? I wouldn’t be cold. Right. And if you were an author, could you write about England while you lived in America? You can write a book about anywhere! You don’t have to be there! Uh-huh. So can the world in a book affect the author or the reader in any way? Just how they feel. Yes. And if we sin and ignore God...he feels sad. Yes. So tell me about God and the Universe he created: does it make him hot? No? Cold? No! Hungry? No! Does gravity pull him around? No! Does time make him get old? No! Is he tall or short? No! Fast or slow? No! Sleepy at night? No! Right. God’s the author of the Universe: the stuff he created doesn’t control him or limit him, not even gravity or distance or time.”

If time permits I might expand the discussion to preemptively answer other similar questions. It’s usually better to cover related bits comprehensively rather than piecemeal. For example, this is how I would typically extend the subject into God’s omniscience:

“Now remind me how God creates. He just thinks of stuff and that makes it real. Right, like when God thought, “let there be light”…there was light. Yes. How long did God need to imagine light? Well, he just did it, I don’t think it took any time. Yes, it was instantaneous. And how did JK get the idea for Harry Potter? She just thought of it? Sure. That’s usually the first step for humans to create something, too: to think of it. We often do things in a God-way because in Genesis, God made Adam from…dirt! Yes, and…he breathed into Adam’s mouth! Yes so we’ve got God’s creative spirit in us in a way that animals don’t. But if JK imagines Harry, is he real? No. Right. So her creativity isn’t equal to God’s. They’re related but not comparable by any means. But still, she may have created her first idea about Harry instantaneously, like the way God creates.

So tell me what Harry knew about himself when he was little. He knew he was a wizard and his parents were dead. Yes. Did he know his future? No. But did the author know about Harry’s future? Yes. In fact, who knew everything about Harry…Harry? No, the author! And about the whole world of the books: who knew all about it? The author! Yes. Because if she hadn’t thought of every single person and thing and detail in the books, including Harry’s past and his future…then none of it would be there. Right, the only reason any of it exists is that she imagined it, created it. So, who knows my future? God? Yes, why? ‘Cause he made you. Yes, God’s my author, so to speak; and what else did God make? Well, he made everything. Yes, and to create everything is to…know everything? Yes.”

Or our knowledge of God:

“What does Harry know about JK Rowling? Nothing. Right. But suppose he got the idea that his world was created by something or someone…then could he determine who or what it was? I don’t think he could figure that out. Right. But suppose JK wanted Harry the character to know about her, the author. How could she do that? Well, she’d have to get into the book and tell him I guess. Yes. She’d have to reveal things about herself in the book. Maybe Harry would find an old, mysterious note about the “Author”; or she might even appear in the book as herself, JK Rowling. That sounds weird. Maybe; but how has God appeared in our world? The Burning Bush? Yes, but I’m thinking about a person. Jesus! Yes. So what’s the only way Harry could really know anything about JK Rowling? She’d have to tell him. Yes, tell him where? In the book! Yes, in Harry’s world which she created; kinda like how God reveals himself to us in our world, which he created.”

BTW, I don’t have any compelling opinion about Harry Potter one way or another; it’s just a series all the kids are familiar with. Probably a computer role-playing game would work better as an analogy, but I don’t think enough of the kids know what they are.