6th-graders never mention this, but back when I was doing RCIA, this bit of Jeremiah always came up: “Seest thou not what they do in the cities of Judah and in the streets of Jerusalem? The children gather wood, and the fathers kindle the fire, and the women knead their dough, to make cakes to the queen of heaven, and to pour out drink offerings unto other gods, that they may provoke me to anger.” You know…wayward Chosen People chasing after their neighbors’ false gods; so Mary being Queen of Heaven is likewise an idolatrous mess of pagan pottage, right? Well, no: she’s the King’s Queen Mother. But I’m thinking it’s time for a new topic already: Cherubim.

The Bible is full of cherubim. In Sunday School we use the Hebrew word, kerubim, the near ones, God’s bodyguards. There are no surviving images of the kerubim mentioned in Scripture, such as:

“In my distress I called upon the LORD; to my God I cried for help. From his temple he heard my voice, and my cry to him reached his ears. 7 Then the earth reeled and rocked; the foundations also of the mountains trembled and quaked, because he was angry. 8 Smoke went up from his nostrils, and devouring fire from his mouth; glowing coals flamed forth from him. 9 He bowed the heavens, and came down; thick darkness was under his feet. 10 He rode on a cherub, and flew; he came swiftly upon the wings of the wind.”

“Give ear, O Shepherd of Israel, thou who leadest Joseph like a flock! Thou who art enthroned upon the cherubim, shine forth 2 before Ephraim and Benjamin and Manasseh! Stir up thy might, and come to save us!”

On the other hand there are plenty of surviving pagan images of kerubs. Let’s match a few up with the corresponding Bible descriptions:

“The cherubim shall spread out their wings above, overshadowing the mercy seat with their wings, their faces one to another…” 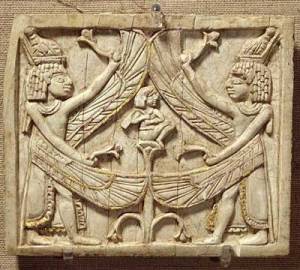 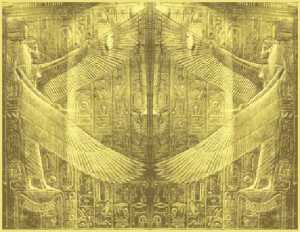 “He rode on a cherub, and flew; he came swiftly upon the wings of the wind.” 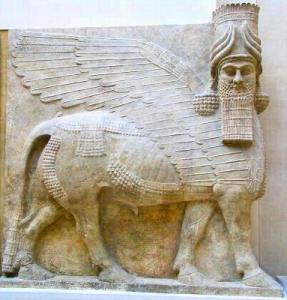 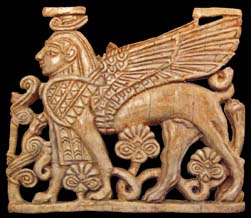 Or maybe this Phoenician one.

“Thou who art enthroned upon the cherubim” 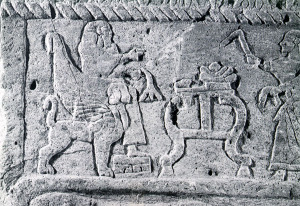 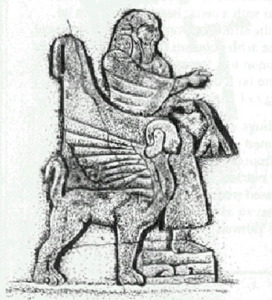 Closer up…which reminds me of… 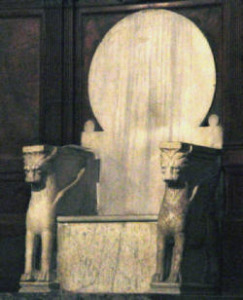 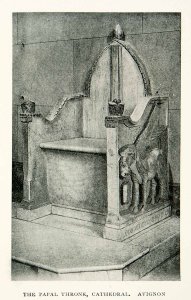 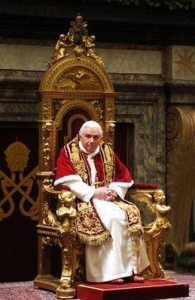 Cubit-wise, it was a bit wider than this ark, found in King Tut’s tomb: 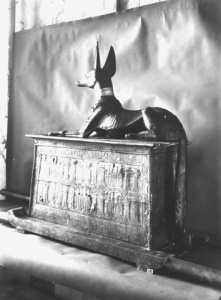 No gold rings, though. 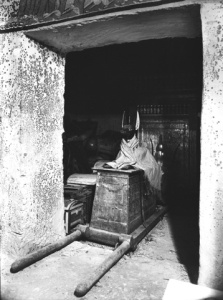 Of course the fact that assorted ancient pagan cultures had to work things out about God before the LORD revealed himself to Abraham doesn’t make them automatically wrong in every jot and tittle; and doesn’t make the Chosen People wrong for borrowing imagery from them, either. Nor were they wrong to borrow pagan architecture or furnishings. And by extension, it wasn’t wrong for the Church to borrow key philosophical concepts from the pagan Greeks and apply them to Christianity (I’m especially thinking of the Logos).

Nor is it wrong for the Church to understand Mary is the Queen of Heaven, assorted un-borrowed pagan ‘Queens of Heaven’ nonwithstanding.