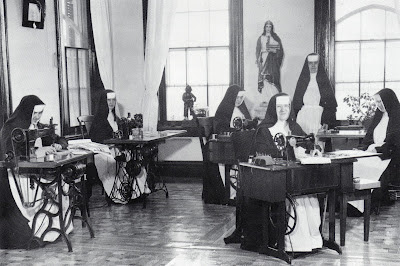 Hey y’all, for the next few classes we’re going to learn about things in church; what they’re for, where they come from, stuff like that.
Somebody tell me again where Abraham was from.  Mesopotamia!  That’s right. What did Mesopotamians build? Ziggurats!  What were they for? I think people prayed there or something. Yes. Couldn’t they pray on the ground? I guess so. So why’d they bother with ziggurats? ‘Cause they’re high! Yes…why does that matter? ‘Cause if you’re high you’re closer to God?  Yes. People throughout history have tried to get closer to God by going up. 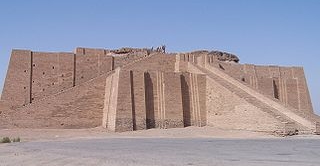 Tell me about Aztecs. They had pyramids and they killed people on them. Well, it was more particular than plain-old killing. They sacrificed them?  Yes…to? The sun?  Yes. Was there a real sun-god?  No, they were pagans.  Yes. But they had the right idea about getting up closer to God. When people offer sacrifices, they are trying to make a powerful connection with God, much more than just a prayer.

Tell me about Abraham & Isaac.  Isaac was his only son.  And? God said Abraham had to kill Isaac. More specifically…he had to sacrifice him. Yes. Did Abraham build a ziggurat? No, I think he just went up a mountain. Yes, Mount Moriah.  If you live where there are mountains, do you need a ziggurat? No you just go up a mountain to get closer to God. Yes. So tell me about places that have pyramids or ziggurats. They’re flat!  Yes. Is toting a sacrifice up a mountain or a ziggurat easy? No, it’s hard. Yes. But suppose Abraham said, “God, I’m too old to get up Mount Moriah, I’ll just go behind my tent to take care of this Isaac business.” God wouldn’t like that. Right. God wants us to put some effort into making a special connection with Him: if we climb up as high as we can, then God will reach down the rest of the way. So when Abraham got to the top of Mt. Moriah did he throw Isaac down on the ground and cut his throat? No he made an altar. Yeah…what’s an altar? A big rock?  Yes, or a pile of smaller ones. What’s the point? Huh?  Is it ok to sacrifice on the ground?  No it’s dirty!  Right. It’s undignified; a sacrifice should be nice and clean. So being on the mountaintop isn’t enough: Abraham had to make an altar to get his sacrifice up off the dirt and one last bit closer to God.
So tell me about the altar in church. Like what?  Like anything.  It’s made of stone!  Yes, and? It’s up off the ground!  Yes. Is it on a mountain? Well, the church isn’t on a mountain. Yes…although it’d be nice if it were. But inside the church, is the altar at the same level as the pews? No, you have to go up some steps! Right. The altar sits a bit higher than the people.
So an altar is for…sacrificing!  Yes. But in a Catholic church we don’t actually kill a sacrifice, we only offer it. Our sacrifice was killed a long time ago…well? Is it Jesus? Yes, when? When he was crucified! Yes.
Good children!