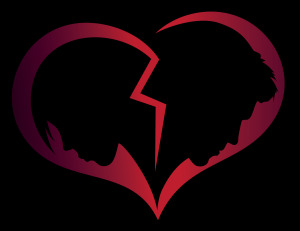 Last year, on one of the morning shows, a couple was asked to carry a camcorder around while they debated and discussed their decision to have a vasectomy. After the births of three boys — the youngest only a few months old — they made the decision to go ahead and have a permanent solution carried out because their plate was “full with three small boys.” The segment showed the husband at the doctor’s office having the procedure done. They were interviewed two months later and the wife said, they were “relieved,” “felt the freedom of not having to worry about more children.”  The man said the operation was “quick and painless,” “very easy,” “great experience.” And, just to convince all the viewers that vasectomy is the best decision a couple can ever make, the doctor stated that there were “no long-term side effects from vasectomy.”

While I find that particular research suspect (i.e. there have been noted long-term side effects), these are not the worst side effects from vasectomy and tubal ligation. The most destructive are the spiritual repercussions. While contraception in itself separates a couple during marital relations, sterilization seeks to separate a couple permanently in their most intimate embrace and the spiritual consequences are far greater and more destructive than any of the physical side effects.

Case in point: we know of a couple who became sterilized after having a large number of children. They knew NFP, but they gave in to the pressure to become sterilized. A few years after the sterilization, however, one of their teenaged sons committed suicide. The year after their son died, they sent out letters to many in the Catholic community informing them that they had been involved in intensive spiritual counseling. Here’s what they wrote:

“During the night before his death, while our son was downstairs writing his notes to us and spending his last hours in utter hopelessness, there were at least three times when we were awake. It seems that it would have been a simple matter for God to prompt one of us to go downstairs and discover the horrible tragedy that was threatening our son. In fact, He probably was prompting us, but we were not living in God’s order, so we could not hear His prompts.”

About their sterilization, they said this: “We knew this was contrary to church teaching so we both went to confession almost immediately afterwards, but we really didn’t have true contrition because of our blindness. Little did we realize the tremendous suffering we would bring to our family, parish and community.”

At the time the letter was written, they were in the process of arranging for a reversal.

Now, I don’t necessarily agree with the cause and effect situation they present. However, I include it here because they believe that their decision to become sterilized was a contributing factor to their son’s suicide.

Other cases in point: three couples we taught NFP to many years ago decided to throw away the NFP charts and become sterilized. Two of the couples are now divorced, one couple is separated.

Children who know that their parents have been sterilized (despite the teaching of the Church that it is a mortal sin) grow up thinking that they don’t have to be obedient to the teachings of the Church.

Sterilization may seem like the easy way out, but in actuality, it permanently and physically separates a couple not only during their most intimate physical embrace, but in their spiritual embrace and separates them from God. It also serves as a poor example to the children. While there are many physical side effects, the spiritual repercussions are far more dangerous to a marriage.

For couples who need to avoid pregnancy, Natural Family Planning is a safe, effective and moral alternative to sexual sterilization and allows the married couple to remain as one. For more information on NFP: www.ccli.org or email me at info@fullquiverpublishing.com

Ellen Gable Hrkach and her husband, James, have been certified NFP teachers since 1984. She's also an award-winning, bestselling author of twelve books, an editor, publisher, book coach, and ghostwriter. Her newest novel, Where Angels Pass, recently won First Place in Catholic Novels in the CMA Book Awards. The mother of five adult sons and grandmother of two precious grandchildren, Ellen lives with her husband in the country near Pakenham, Ontario. Her website is https://ellengable.wordpress.com.