Growing up, we get advice all the time and from many different quarters, too. Some of the advice is good, and some of it is, well, not so good. A piece of good advice is to defer a decision until the emotion of the moment has passed. If we postpone a decision from the time when emotions are running high until later when we are calm, it increases the likelihood of a better quality of decision and a more favorable outcome for us.

I am thinking of two examples which support the eminently trustworthy advice of holding off a decision until after the emotion has passed. The first concerns an athlete, one who has not played for several consecutive games – he’s not left the bench, he’s not left the dugout. In a fit of frustration, he takes himself to the coach or manager’s office and announces that he is quitting. After he has handed in his uniform and is away from the team, a few of his former teammates go down with injuries. The opportunity to get off the bench or out of the dugout had finally come, but it is missed. A hasty, imprudent decision had seen to that missed opportunity. The second concerns an employee who has been trying for a promotion. After not getting it, he informs his boss that he is resigning his position. Weeks later – on the sidelines and without a regular paycheck – the unemployed man learns that another position had opened up in the company, a job more attractive than the last one and one for which he is even better qualified. It too was a missed opportunity. And, once again, a hasty, imprudent decision was responsible.

We ought not to let our emotions get the better of us. But, obviously, they sometimes do. We usually regard these situations in life – when our emotions are running high – as not having much potential for placing us in communion with the Lord or deepening our communion with Him. But perhaps then we underestimate them.

The first reading at mass today comes from the Book of Esther, an Old Testament book which we are not accustomed to hearing from with any regularity at the liturgy. It concerns, not surprisingly, a certain Queen Esther. She is a genuinely remarkable figure, having succeeded with her uncle Mordecai in staving off Jewish destruction at the hands of Israel’s enemies. Queen Esther is thus rightly praised as a deliverer of the Chosen People. Yet, despite her exalted status as a queen, she still exhibits a very common touch in her reaction to things. 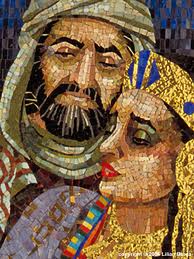 The sacred author describes her as being “seized with mortal anguish.” (Est C:12) We might liken this reaction of hers to being at our wit’s end, utterly distressed and distraught. Given this interior state, we are amazed that she still “has recourse to the Lord.” (Est C:12) We are told further that she lays prostrate with her handmaids all day long and prays to God. (cf. Est C:14) She begs the Lord for assistance as she laments being left all alone. (cf. Est C:14) She knows of course that the Lord will not leave her an orphan. (cf. Est C:23) And Yahweh does indeed vindicate Queen Esther’s faith with a victory over Israel’s enemies, resulting in the Feast of Purim which continues to be observed in our own time by pious Jews.

We started our Lenten journey this year as we do every year with an invitation to pray. (cf. Matt 6:6-8) Accompanying the injunctions to fast and to give alms, our prayer this holy season is to strengthen our communion with Christ and fortify us for the scandal of the Cross. When it comes to prayer, we acknowledge that certain interior dispositions are properly salutary. Who doesn’t want to be recollected in advance?  Who doesn’t want to be serene in the Lord’s presence? But do these conditions always prevail in our hearts and minds? Most assuredly, they do not.
This week at the liturgy, we have already listened to a few texts pertaining to the prayer of Christ’s disciples. On Tuesday, the gospel revealed Jesus teaching the disciples to pray, going so far as to indicate words that please God. We ought, He said, to address God as “Our Father.” (cf. Matt 6:9) As the Lord forgives us our trespasses, Jesus instructed, so must we forgive those who have trespassed against us. (cf. Matt 6:12) And we cannot overlook the gospel of this mass when Jesus says, “Ask and it will be given to you; seek and you will find; knock and the door will be opened to you.” (Matt 7:7) While we realize that petition is certainly not the only kind of prayer there is, it remains an esteemed part of our patrimony of prayer. Why else would we approach the God of fullness if not to request from Him the good things that He surely wants to give us? (cf. Matt 7:11)

As important as these passages are, by far the most effective teaching that Jesus gives on prayer is the example of His own prayer. On the eve of His passion, while in the Garden of Gethsemane, Saint Luke records how Jesus prayed, “Father, if you are willing, take this cup away from me.” (cf. Lk 22:42) There is no mistaking that this moment is full of emotion for Jesus – heart-wrenching emotion, for sure. And, clearly, Jesus cannot put off a decision on His mission to a more serene time, a less dispassionate moment. Yet, in the turbulence and turmoil of His passion, Jesus still prays, “not my will but yours be done.” (Lk 22:42)