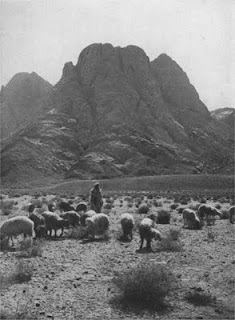 Hierarchical by its very nature

The students in my 6th-grade Wednesday Sunday School class never mention this verse:

“But you are a chosen race, a royal priesthood, a holy nation, God’s own people, that you may declare the wonderful deeds of him who called you out of darkness into his marvelous light.” (1Pet 2:9 RSVCE)

But it used to come up in RCIA & adult classes without fail. Usually a Sola Scriptura catechumen would ask: if we’re members of a royal priesthood, why do we need a layer of priests between us and Jesus? How can the Catholic Church maintain its hierarchical priestly structure in spite of that passage? It’s a good question. I would answer that the Church does so, not in spite of, but in conformance with Peter’s Epistle.

First, most Christians accept that in using the term “royal priesthood,” Peter was not inventing a new idea, but extending an Old Covenant concept into the New Covenant by borrowing from the Book of Exodus: “…you shall be my own possession among all peoples; for all the earth is mine, and you shall be to me a kingdom of priests and a holy nation.” (Ex 19:6) I say most Christians, because I’ve spoken to some who don’t find it at all persuasive that the English phrases “royal priesthood” and “kingdom of priests” necessarily mean the same thing; and so Peter’s words aren’t subject to the context of Exodus. To get over that hump let’s learn a little Greek and Hebrew.

The book of Exodus was originally written in Hebrew. The two Hebrew words which are translated into English as “kingdom of priests” are mamlakha (ממלכה) and kohen (כהן), which mean, you guessed it, ‘kingdom’ and ‘priest.’ Very straightforward- and you’re probably already familiar with Kohen/ Cohen/ Kohn/ Cohn as a Jewish surname. And the English translation of Peter’s Epistle is equally plain. Written in Greek, as was all of the New Testament, the phrase βασίλειος ἱεράτευμα/ basileus ierateuma translates directly as ‘royal priesthood.’ You already know some of this Greek: basileus/ king is a cognate of basilica, and the given names Basil and Vassily; and (h)ier is the Greek root for sacred, as in hierarchy.

For those who simply must know, -teuma is Greek for order; an hier-a-teuma is therefore a sacred-order…a priesthood. This is not going to become an article on language, I mean it. That’s it.

Where was I? Oh yeah, so anyway, if Peter meant to say “kingdom of priests,” why didn’t he, like, just say “kingdom of priests” in Greek, y’know? Oh. Umm. Ehhh. Well, probably because neither Peter nor his scribe could read much Hebrew. They’d’ve used the Greek translation of the Old Testament written in the second century BC, the Septuagint. So if Peter wanted to quote directly from Exodus, he’d likely use the Greek Old Testament to do so. And what would the Greek translation of mamlakha kohen be? Why, it’s basileus ierateuma, “royal priesthood,” imagine that. But why did the Septuagint translators not say “kingdom of priests” in Greek to keep it simple? I. Don’t. Know. Maybe it sounds better in Greek. And we have similar problems in English: “royal priesthood” sounds better than “kingly priesthood,” or “kingdom of priests.” But by now you are wondering, if Peter’s scribe quoted the Greek O.T., why don’t our Bibles say “royal priesthood” in Exodus? Because most (if not all) Bibles in English translate the O.T. directly from Hebrew, not Greek. That becomes a problem when the N.T. writers did their quoting from the Greek version, not the Hebrew. So words & phrases which were the same to them may not be to us. Did I say this was not going to become an article on language? I really mean it this time.

So to wrap up this fabulous digression, Peter was directly quoting the Greek Exodus when he said “royal priesthood” in his Epistle. In Greek. See? This may be the right moment to say, “If English was good enough for St. Peter it’s good enough for me,” but I’m not sure, so I won’t say it.

Anyway- why does this matter? Because we may now with confidence look at the Exodus passage to understand what Peter meant when he said, “But ye are a chosen generation, a royal priesthood, an holy nation, a peculiar people…” Did he mean that because we are all priests that the Catholic church should jettison its hierarchy, eliminate those celibate guys that get between Jesus and his people? Let’s see.

In quoting Exodus, Peter didn’t offer any modifications to the O.T. source, in contrast to the writer of Hebrews, for example. He had a whole lotta ‘splainin’ to do in his comparison of Melchizedek, Aaron, Moses, and the Temple with their New Covenant counterparts. But not Peter; he just zoomed along. Apparently the Old Covenant model of a royal priesthood didn’t need any adjustments to suit Peter in his New Covenant context.

Three months after leaving Egypt, the Israelites reached Mt. Sinai. “And Moses went up to God, and the LORD called to him out of the mountain, saying, “Thus you shall say to the house of Jacob, and tell the people of Israel: You have seen what I did to the Egyptians, and how I bore you on eagles’ wings and brought you to myself. Now therefore, if you will obey my voice and keep my covenant, you shall be my own possession among all peoples; for all the earth is mine, and you shall be to me a kingdom of priests and a holy nation. These are the words which you shall speak to the children of Israel.”

The people agreed to this covenant, which was a much better deal than the average pagan would get from his god. “And the LORD said to Moses, “Go to the people and consecrate them today and tomorrow, and let them wash their garments, and be ready by the third day; for on the third day the LORD will come down upon Mount Sinai in the sight of all the people.” As befits priests, the people had to clean and consecrate themselves. But then, “And you shall set bounds for the people round about, saying, ‘Take heed that you do not go up into the mountain or touch the border of it; whoever touches the mountain shall be put to death..” So right off the bat the royal priesthood has bounds set around it at the bottom of the mountain.

And the LORD came down upon Mount Sinai, to the top of the mountain; and the LORD called Moses to the top of the mountain, and Moses went up. And the LORD said to Moses, “Go down and warn the people, lest they break through to the LORD to gaze and many of them perish. And also let the priests who come near to the LORD consecrate themselves, lest the LORD break out upon them.” And Moses said to the LORD, “The people cannot come up to Mount Sinai; for thou thyself did charge us, saying, ‘Set bounds about the mountain, and consecrate it.'” And the LORD said to him, “Go down, and come up bringing Aaron with you; but do not let the priests and the people break through to come up to the LORD, lest he break out against them.”  So Moses goes up, and then Aaron goes up; but not the priests & people.

Then follow 3 chapters of commandments and ordinances. Once those are communicated, “…he said to Moses, “Come up to the LORD, you and Aaron, Nadab, and Abihu..” that is, Aaron and his two elder sons.  And in addition, “seventy of the elders of Israel, and worship afar off.  Moses alone shall come near to the LORD; but the others shall not come near, and the people shall not come up with him.” So now not only are Moses and Aaron allowed up, but also Aaron’s sons, and seventy elders (in the Greek Septuagint, πρεσβυτέρων, presbuteron, whence the English word priest).

Then Moses went back down to inform the people, the royal priesthood, of God’s commandments and ordinances. They agreed to the rules. And being a royal priesthood, the people participated with Moses in a sacrifice: “the people of Israel…offered burnt offerings and sacrificed peace offerings of oxen to the LORD…And Moses took the blood and threw it upon the people, and said, “Behold the blood of the covenant which the LORD has made with you in accordance with all these words.” Following this, “Moses and Aaron, Nadab, and Abihu, and seventy of the elders of Israel went up, and they saw the God of Israel…”

So: there is a mountain. At the bottom is the royal priesthood which is explicitly limited in its participation in priestly functions. At the top without exception is Moses. And in between, depending on the occasion, are Aaron, his two elder sons, and seventy more elders, who are higher up the mountain than the royal priesthood, but usually lower than Moses. So not only is this arrangement on Mt. Sinai hierarchical in concept, it’s a physical hierarchy as well, just to drive the point home. There’s nothing in Exodus that suggests the royal priesthood, which outranks mere pagans, isn’t itself outranked by another group of priests who mediate between it and God. In fact, being at the bottom is as far down as you can get and still be a member of the club.

And remember, this is all before the people, the royal priesthood, worship the Golden Calf and trigger a whole ‘nother batch of instructions from God which add oodles of Levitical refinements and burdens to this very basic hierarchy. My point is that a visible, explicit hierarchy was put in place in the best of circumstances, when the people were still in God’s good graces.

So based on Exodus and 1Peter, are Catholics part of  “a chosen race, a royal priesthood, a holy nation, God’s own people, that you may declare the wonderful deeds of him who called you out of darkness into his marvelous light”? Indeed we are. Does the royal nature of our shared priesthood allow us to dispense with intermediaries? It does not. How do we know? Well, among other reasons, because the Bible tells us so.