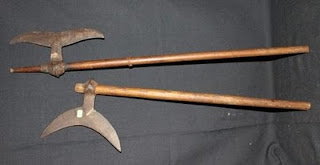 Teaching the tired Wednesday-night crowd involves two overlapping issues: what material is going to be learned, and how to get the kids to learn it. The ‘what’ comes from the lesson plan which is done before class. The ‘how’ is more a matter of sticking to some rules (not for the kids…for the teacher) about keeping the kids engaged, such as:

A recap of where we left off last week, which leads into this week’s topic.

Asking constant questions to elicit the children’s participation and keep them alert.

Asking ridiculous questions to jolt their brains into an answer.

Refining a good rough answer into something more germane to the subject.

Giving an answer only as a last resort due to time considerations.

Review of past material as part of learning the new material.

Connecting catechetical knowledge to the wider word of “regular” information.

A bit of concluding review.

Here’s a recent bit of class that shows these concepts in action:

“Y’all remember last week we were looking in Acts of the Apostles to see how the the Apostles organized the Church after Jesus went up to heaven. Quick review now, instead of a President, congressmen, governors & mayors, the Church has other offices…what’s the top office?  Pope.  Yes, what is it in Greek? Papa!  Right, the Father; and after the papa, there are… bishops. Yes, which in Greek is ‘episkopos’ (επίσκοπος, fyi), like telescope, periscope, and microscope, (far-see, around-see, little-see, fyi) and it means what?…the umm, the seer? Close…you remember, it’s ‘overseer’. Oh, yeah. C’mon say it, bishop means…Overseer! Yes.

Now we get to the next office in the church which is….? No guesses?  Who runs our parish, the bishop? Does he run around the state every Sunday saying Mass as fast as possible in all the churches? Ha, no! So, who takes of business at the parishes? Oh, the priests! Yes. Priests are next.”

“Class, remind me please, who was going to sacrifice Isaac?  Abraham.  Yes, and who killed the ram instead? Well, wasn’t it still Abraham?  That’s right…just checking.  And who killed all those lambs at the first Passover?  Moses?  Moses ran around all night killing lambs?  Oh…it was the fathers or the grandfathers.  Yes, whoever was the oldest man in the family. Then later on out in the desert all the tribes but the Levites worshipped the Golden Roach, and…it was a Golden Calf!  Oh yeah, right, a calf…an image of a made-up Egyptian god.  Anyway, God said, “All you Calf-worshipers can’t be trusted to make a proper sacrifice. From now on y’all have to pay the Levite men to do your sacrificing for you.” That’s why the book of Leviticus is full of blood’n’guts: the Levite elders offered sacrifices for a living. What do we call people who offer sacrifices? Umm, sacrificers? Well, that’s not what I’m looking for. What’s Fr. Newman’s job? His job? Yeah, is he a bus driver? Ha, no he’s a priest. OK then, what does he do at Mass? Do come along, we just learned this last month….the angel carries a pizza to heaven…oh, he offers bread and wine? No, he offers something better, not $10 worth of bread and wine…oh, Jesus’ body and blood! Yes, the Paschal Lamb who was…sacrificed! Yes, so what do we call people who offer sacrifices? Umm…priests? Yes, all those Levite elders were priests; they offered sacrifices. Fr. Newman offers the sacrificed Jesus so he is…? A priest. If you don’t offer sacrifices then…? You’re not a priest! Yes.”

“Hey, I read an interesting article today When You Can’t Seem to Get Used to Bifocals – WSJ.com; here’s the opening sentence:

“Presbyopia, which typically starts in the early-to-mid 40s, is an aging of the eye’s lens that results in an inability to focus on nearby objects. Symptoms are blurred vision, a tendency to hold reading material at arm’s length and headaches when doing close work.”

“I have presbyopia [on the board]; I can’t see stuff close-up anymore. Presbyopia is Greek, it means old-eye. What might ‘Presby-‘ mean?  Old?  Yes, old.  The Greek word for an old man, the eldest, is Presbyteros [on the board] (πρεσβύτερος, fyi).  Remind me please, in the days of Abraham, and at the first Passover, who did the sacrificing? The fathers? Yes, the elders; and if they did the sacrificing then they were also…? Priests? Yes [on the board under presbyteros], but since being a priest wasn’t a special job until the Israelites worshiped the Calf, they were just elders. If I fix a toilet at home, I’m not called a plumber, it’s just something I do as the eldest man in the house. But if I make a mess and water sprays all over the place, my wife will be like God after the Calf: “You made such a mess I don’t feel good about you fixing leaks anymore…I…want….a….? Plumber! Yes, who I have to pay!

So an elder who sacrifices is a plumber!  What? He’s a priest!  Oh. Oh, yeah, an elder who sacrifices is a priest. Let’s look at presbyteros again, what’s it mean? Old man. Yes, let’s say elder [on the board next to presbyteros] in this case. Presbyteros is a very old word, a few thousand years old or so. We use it all the time in English but it’s changed so much we don’t recognize it anymore. It’s gotten shorter, look: [I rub letters out of presbyteros so that it reads presbyter–]. That’s like the word Presbyterian. Presbyterian churches are run by elders but not bishops and popes. But it got even shorter: [more rubouts] pres–ter. Nowadays it’s real short: pres–t…what’s that word now? Is it priest? Yes, good (having the word ‘priest’ right under the diminishing ‘presbyteros’ means at least one child will get it quickly). So when we say ‘priest’ we also are saying…. elder? Yes, good. Hey, who’s the President? Obama? Yes, where’s he from, a big city….Washington? No, where’s he from? Umm, Chicago? Yes, Chicago. In Chicago they elect elders, who are right under the mayor. They call them ‘aldermen’, it’s just a way to say ‘elder-men’. Kind of like the way our priest-elders are under the…bishop? Yes.

So, the top office is….?  Pope! Meaning…papa!  Next is…bishop!  Yes, meaning…overseer!  Yes, and next are…priests, yes again, which comes from the Greek word for…elder!  And who sacrificed the Passover lambs?  Elders!  Yes, geniuses, elders who functioned as priests!

This isn’t the end of the discussion, which next treats deacons, and concludes with some comparison of the complete hierarchy of the Catholic Church (Jesus-Pope-Bishops-Priests-Deacons-laity) to other churches which have a partial heirarchy. But these few minutes should be adequate to show how the texture of the learning experience is determined by the teaching rules.

That pic at the top shows a recent archaeological discovery: the Ax of the Apostles.