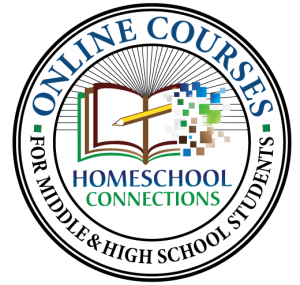 I belong to a CSA. That is a Community Supported Agriculture by which I pay a certain amount of money in the winter and beginning in April I receive a share of the vegetables and fruit produced by a local Long Island farm. I do this because I firmly believe that to eat locally and as organically as possible is the healthiest option for my family. I also think that it is the best use of the gifts that God has bequeathed to us.

When you eat organically and hang around health food stores people tend to make certain assumptions about you. Mostly that you are a hippy, New Age granola mommy. The fact is that I make the food choices I do because I am Catholic and not because I have accepted the popular secular theories that the food and the earth have some spirituality to impart to me. Like many women, I plan for, shop and cook all of the meals in our home. I am also in charge of ordering the pizza on the days when none of the planning, shopping and cooking happens. So I feel a great responsibility that the food I give my family helps rather than hurts them. The kind of food that is available to us in grocery stores over the last generation has widened greatly but I’m not always sure that is a good thing. Is it a good thing to eat out of season fruit that has been making its way toward you for weeks from places thousands of miles away? Is it a good thing to rip open a box and use food that is more chemical preservative than actual food?

That doesn’t mean I think that organic vegetables and grass fed cows are spiritual.

It is the practice of the New Age philosophy to imbue the earth with its own spirituality. There is a great emphasis on eating a plant based diet because animals have souls, (they don’t) and only buying things for your home that are made of natural materials. I have to agree minimizing the plastic in our lives is usually a good thing but not because I believe a wooden dollhouse will impart the spirit of the tree to my children as they play. My reasons are more prosaic. I like the way it looks and I find wooden toys more durable. They have no spirit other than the spirit of play and imagination that my children instill. There is also the issue of weird chemicals that seem to be used in manufacturing processes and the frequent recalls of toys and household items. These are all legitimate concerns when making decisions about your purchases but it is very easy to get sidetracked into a whole weird philosophy about these things.

Young people are easily seduced by these philosophies. It all seems so nice. And really what’s wrong with being a vegan? Nothing really. And using homeopathy rather than Western medicine? Well it’s worth a try right? And what about attending a yoga class as a gentle method of exercise? It’s only stretching, what harm can it do?

The harm is that each of these things creates an atmosphere that encourages people to think of themselves as gods. Their inner peace and self-actualization lead to harmony with the universe and thereby create happiness. Or some such nonsense.

These practices do not recognize God. They appeal to those saturated with the values of modern culture in which people reject authority and place a great deal of stock in self reliance. New Ageism makes no demands on young people. There is no church to attend, no rules to follow, no authority figure to tell you anything. There is only your humanistic code of values to guide you. The New Age completely rejects the notion of God, religion and a code of conduct that does not take into account your feelings. If it “feels” good or right for you then it is.

It seems so innocuous but it is, in fact, incredibly dangerous. One of the biggest battles a catechist has to face in this time is the relentless marketing of the New Age; vampirism; occultism; anthroposophy; Hinduism and Buddhism to our children. Go to any big name bookstore and there are entire sections in the young adult sections devoted to the paranormal and other occult practices. What started with the fairly harmless Harry Potter series has burgeoned into a big industry and the cost is the souls of our children.

My hope with this column is to help identify and combat the various ways the New age seeps into our lives and the lives of our children in order that we help them recognize Christ within them.

On a recent trip to a big name bookstore, while Christmas shopping, I saw in the “Teen Vampire Romance” section there were vampire kits, in the “Wizardology” section there were tarot cards and wizard kits and on a “Family Game Table” were the Oujia boards. Nothing says “happy birthday Jesus” like a bunch of occult items, right?

Of all of this nonsense the Ouija boards were by far the most dangerous items. While a wizard kit may encourage a child to explore the occult and make them familiar with the lingo, a Ouija board actually has the power to introduce your child to the devil himself.

I do not exaggerate. I realize it sounds overly dramatic and smacks of unnecessary panic but I assure you that myself and the few Catholics out there who are trying to educate people about the use of these and other occult items have done the research and know how damaging these things can be. They can rob your children, quite easily, of their chance at eternal salvation.

A Ouija board is a flat board marked with letters, numbers, and pagan-like symbols used to communicate with spirits. It uses a small triangular piece of wood called a planchette to spell out a message communicated by the “spirit.” The premise is that those seated around the board will receive messages that will connect them to people who have died and enlighten them as to the afterlife. There is also the belief that the spirit you summon can help you with obtaining information.

It’s complete idiocy but an idiocy that the devil has taken advantage of. To call upon a spirit is to invite demons to prey upon you and there is no way anyone, particularly a teenager, is going to be able to control them.

“All practices of magic or sorcery, by which one attempts to tame occult powers, so as to place them at one’s service and have a supernatural power over others – even if this were for the sake of restoring their health – are gravely contrary to the virtue of religion.” CCC 2117

The Church takes these things very seriously. Many good Catholics will “play” with the board claiming that it is a harmless toy and that they don’t believe in it, but disbelief in the spirits that use the board does not mean that they don’t exist. How many people do not believe in God yet we know that He exists? These demons prey on people’s ignorance and can use the board to easily possess people. Fr. Thomas Euteneurer, exorcist and author of Exorcism and the Church Militant, has said many times and in many interviews that as many as ninety percent of the cases of possession he encounters began with a Ouija board. This makes the pink one available on Amazon marketed to six-year old girls one of the scariest things you could possibly have available to children.

In the Bible, the Lord often condemns any and all occult practices, including divination, which is the purpose of the Ouija board. A good summary of the teachings of Christ is to be found in Deuteronomy:

“Let no one be found among you who sacrifices his son or daughter in the fire, who practices divination or sorcery, interprets omens, engages in witchcraft, or casts spells, or who is a medium or spiritist or who consults the dead. Anyone who does these things is detestable to the Lord” (Deut. 18:10–12, NIV).

Occult demons, those that are summoned by a person’s participation in occult practices are, according to Fr. Euteneuer, the most difficult to expel since the devil “disguises himself as an angel of light” and deceives the afflicted into thinking he is there for their good.

It is imperative that those in possession of these boards burn them and seek help through confession and penance. Having the home blessed would also help to dispel any lingering evil that may exist.

Evil exists in the world. It is real and present in the form of the devil and it seeks to ruin the Kingdom of God. We know that the gates of heaven shall prevail but rather than assist the devil in his fruitless quest by handing over our children in the form of a game purchased for less than $20, why not prepare them for the possibility of encountering these items in their lives by teaching them of the harm it can and surely will do to them. Then buy them a game of UNO. It’s fun and totally harmless.